Blog > Cannes > Cannes Christmas - How to Celebrate in Provence

Cannes Christmas – How to Celebrate in Provence - Updated for 2018 Events 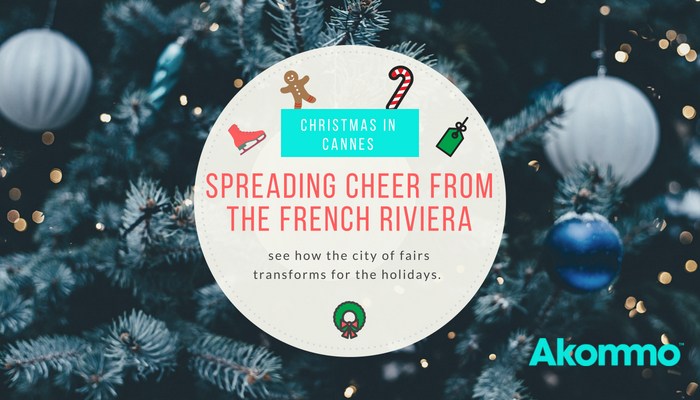 Cannes is one of the busiest, liveliest, and most beautiful towns on the French Riviera. Cannes is always hosting some sort of conference or congress. As group accommodation providers in Cannes, we only see the city covered in a sea of blue suits. However, this time of year it’s nice to shine a light on the town of congresses that doesn’t reflect business (at least not directly). We were curious to see what this village famous for MIPIM and MAPIC transforms into during Christmas season. We’re happy to present what a Cannes Christmas looks like to all of you Cannes event-goers!

Provence as a region is distinct from France in more ways than one. It has a different language than the rest of France (Occitan, Provençal or Languedoc), some of the best wine in all of France due to its average 2900 hours of sunlight per year, and is heavily influenced architecturally by ancient Roman influence. Provence also has its own Christmas traditions, like live nativity plays (called pastorales), gorgeous Christmas markets, and even sailing races and regattas! The Cannes Christmas Market officially started on December 1st and is free to visit until January 6th 2019! 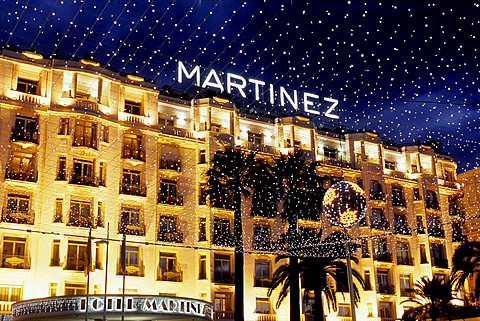 Traditionally, there is a large Christmas Eve dinner before attending the special Christmas Eve mass. The evening is finished by eating 13 desserts (don’t you wish you were French?) that represent the 12 disciples and Jesus. The desserts range from dried figs, almonds, dates, walnuts, raisins (sounds healthy) nougat, and fougasse.

In need of more Cannes restaurants? Check out our Top 5 of 2018! 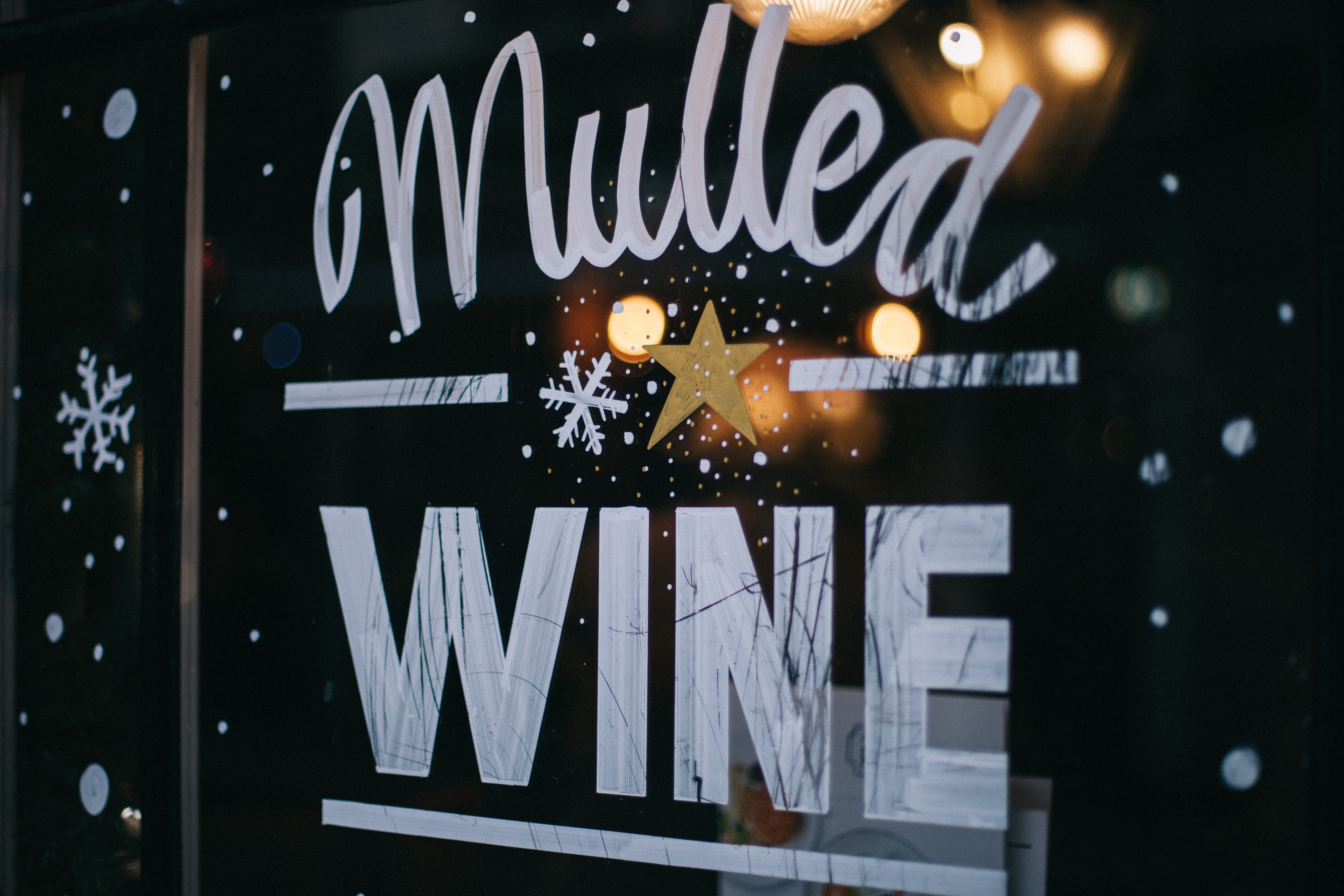 Cannes Christmas – What to Expect

A Cannes Christmas is as magical as it sounds. The famous Allées de la Liberté  square turns into a little Christmas village, complete with impressive lights strewn about the city, Christmas carols, a 400m2 ice skating right in front of the Grand Cafe and stalls to buy artisan gifts. Of course, there is wine - it’s France. For Christmas 2017, according to Cannes Tourist Information, there was a special exhibition of a Private Collection from Albert II of Monaco. 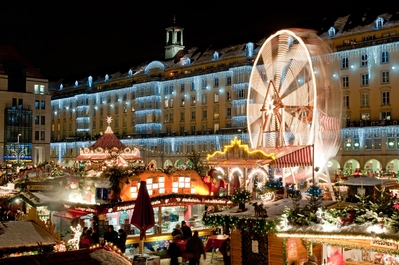 - On December 14th, PYA Christmas Ball, Cannes is one of the most luxurious superyacht festivals of the year. Click to get more info here.

- On the 21st, there will be the annual Christmas concert from the Cannes Orchestra at the famous Notre Dame de Bonne Esperance in the Suquet.

- On December 22nd until December 23rd, there will be the Vietnam Circus performing in the Palais des Festivals!

- On December 23rd “Père Noël” arrives at Cannes and there is a party to celebrate his arrival.

- On December 24th Cannes will have its annual Christmas parade starting at 3pm. The famous shopping street Rue d’Antibes converts into a pedestrian-only street on Sundays, and this is where the Cannes Christmas parade will take place.

- On December 31st, to celebrate the end of 2018 and the beginning of 2019, there will be a great fireworks show above the Bay of Cannes.

If you want to book a reservation in a Cannes restaurant, be prepared to spend some serious cash!

Have a tight budget? Here are 5 Affordable Cannes Restaurants to choose from.

In essence, Cannes quickly turns into a French winter wonderland filled with sweets, mulled wine, champagne, oysters, cheese, parades, and Christmas cheer. Even though the hustle and bustle never stops in this French Riviera village, Cannes Christmas is all about tradition and celebrating with friends and family.

Merry Christmas, From our Team to Yours

Although Akommo doesn’t celebrate in France, our team is combining traditions from our international team. See our behind the scenes, as well as the final result of our annual Christmas photo! Leave a comment below about your office holiday celebrations, spread the cheer, and have a good laugh at our expense. 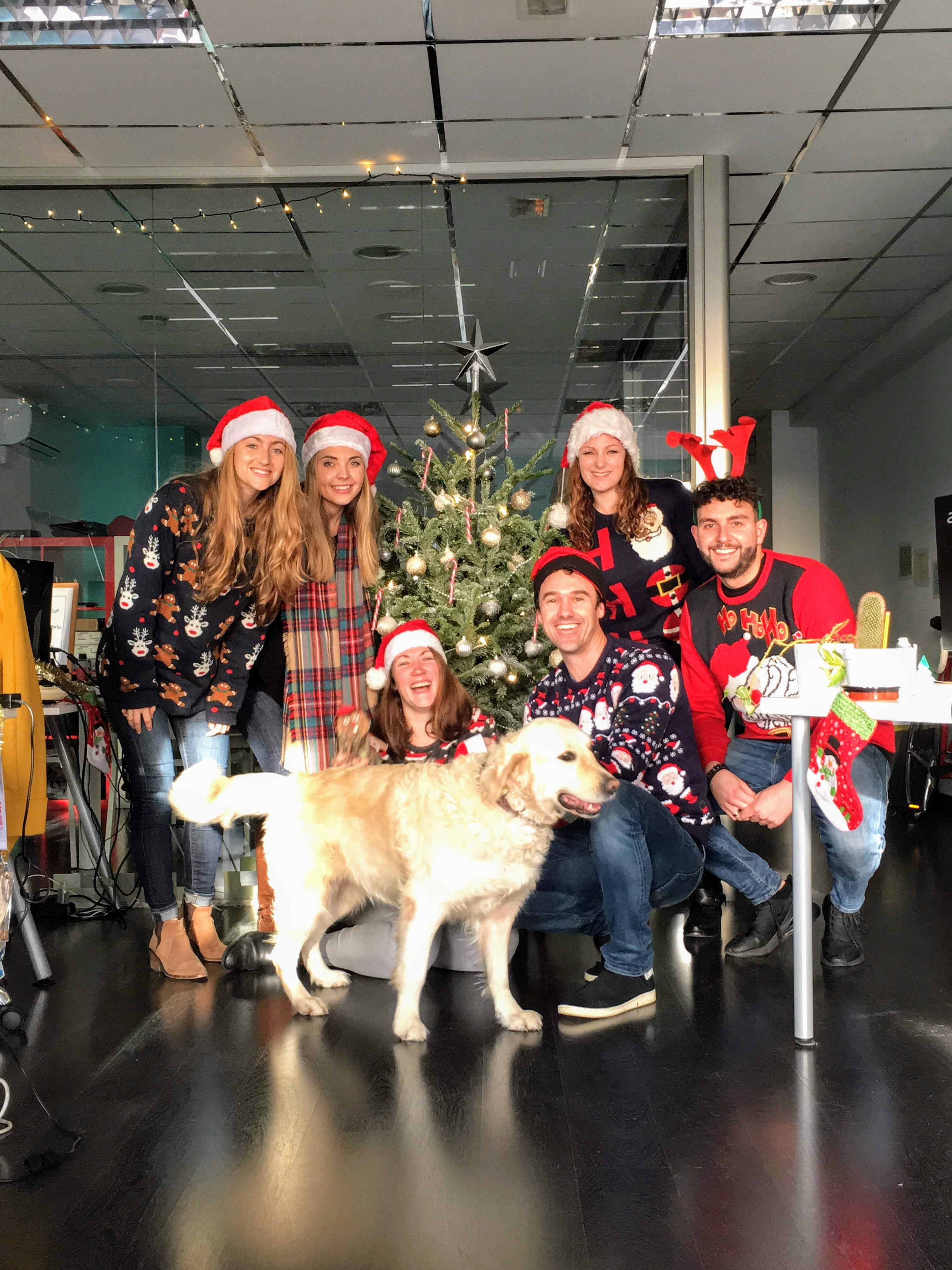 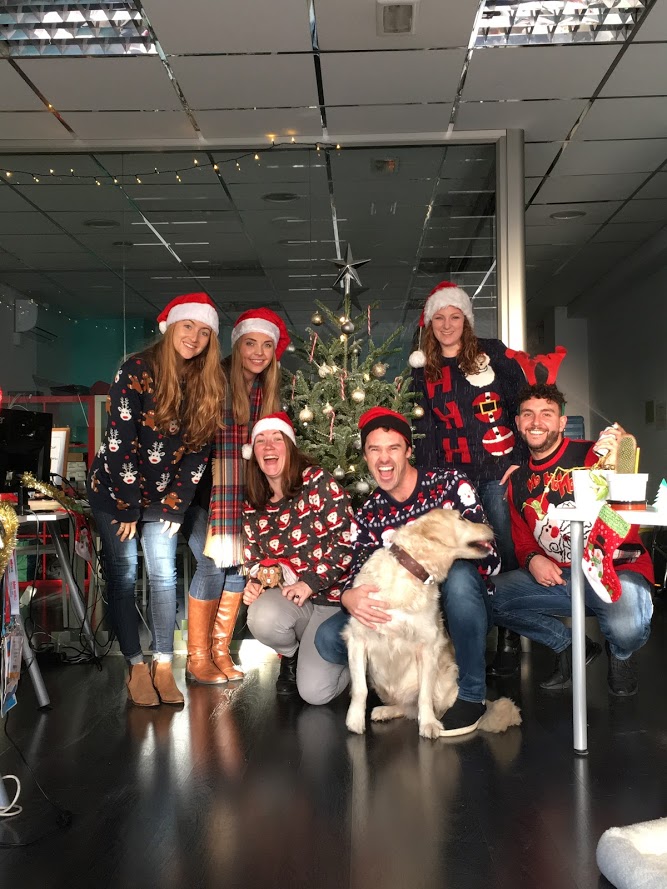 Merry Christmas, Feliz Navidad, Joyeux Noël, Bon Nadal, and Frohe Weihnachten to all, and to all a good night!