Best Venues in Barcelona for ISE 2021 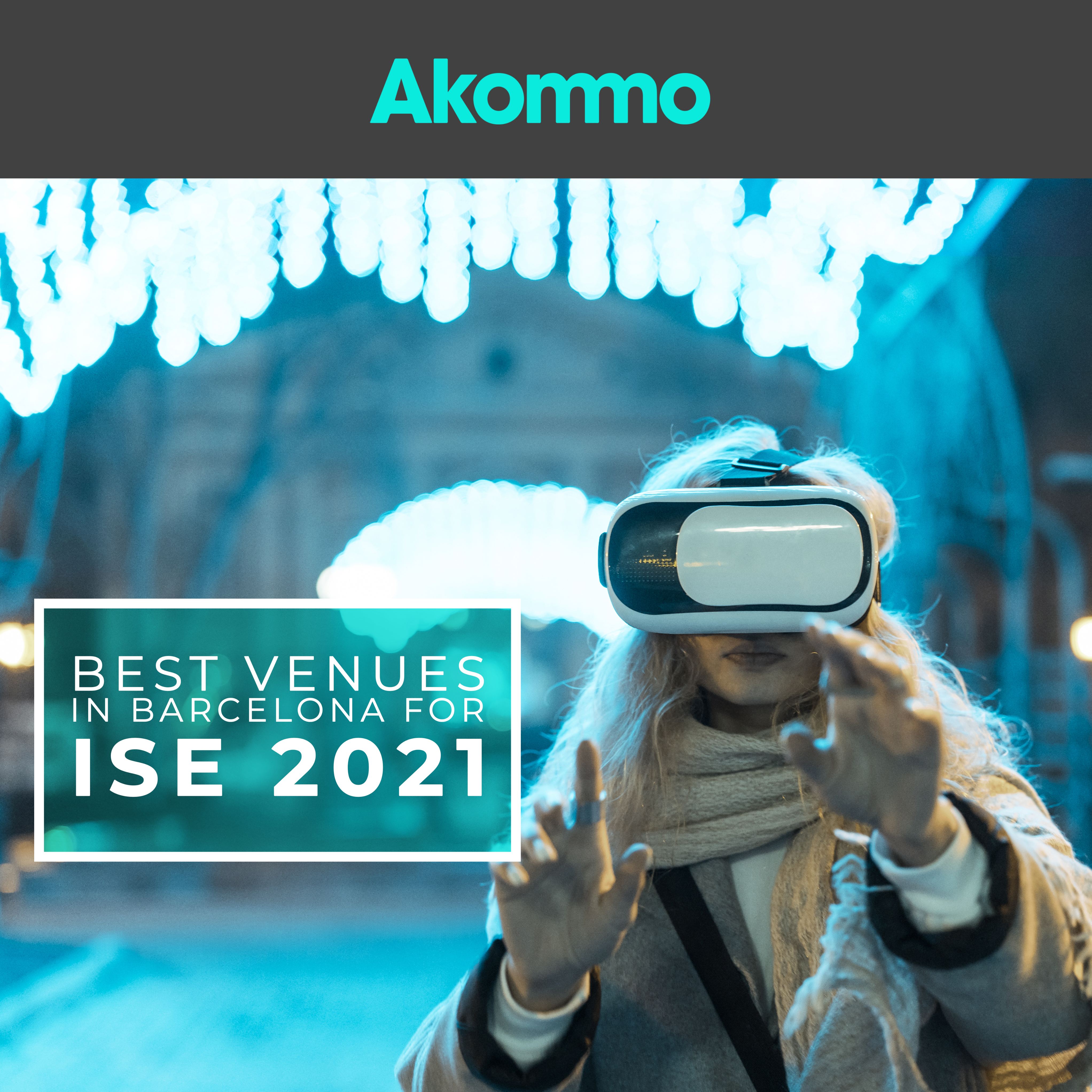 Integrated Systems Europe (ISE) is one of the biggest tech events of the year and is actually considered the biggest AV and systems integration event in the world. Since its debut in Switzerland in 2004, the show has steadily increased in both the number of exhibitors and attendees. Additionally, the show has grown into a four-day event, making it one of the most popular events in Europe to attend. ISE gives us the latest in all things tech, allowing us to catch the first glimpses of the latest laser projectors, interactive wall projection and curved screens, holographic film projection, transparent OLED, and so much more. Companies like Samsung and Logitech tend to dominate the expo with amazing displays, but really you never know what you’ll see. 2020 is the final year the event will be hosted in Amsterdam, and it has already been announced that the event will be moving to Barcelona in 2021. That’s why we have composed a list of the best venues in Barcelona for ISE in 2021! 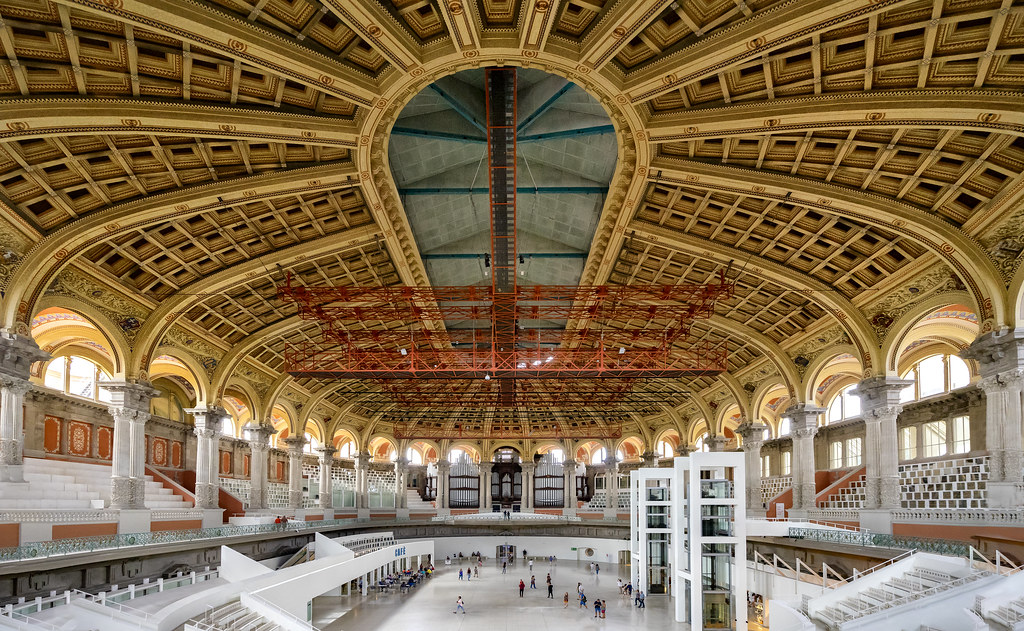 This venue is the large hall of a museum. The building itself sits in a perfect location, from which you can see the whole city of Barcelona. The large open space is stunningly beautiful, with numerous pavilions and a gorgeous botanical garden. The area is easily accessed, as it's near the city centre and there are bus and metro lines close by. There is also a funicular a short walking distance to further explore the area. The hall itself is over 1600m2, making it not only one of the biggest Barcelona venues, but one of the largest spaces in all of Europe. It is an amazing venue for anything from a classy gala to a concert. Its most prominent feature is the immense dome, emitting sunlight to naturally brighten the space. 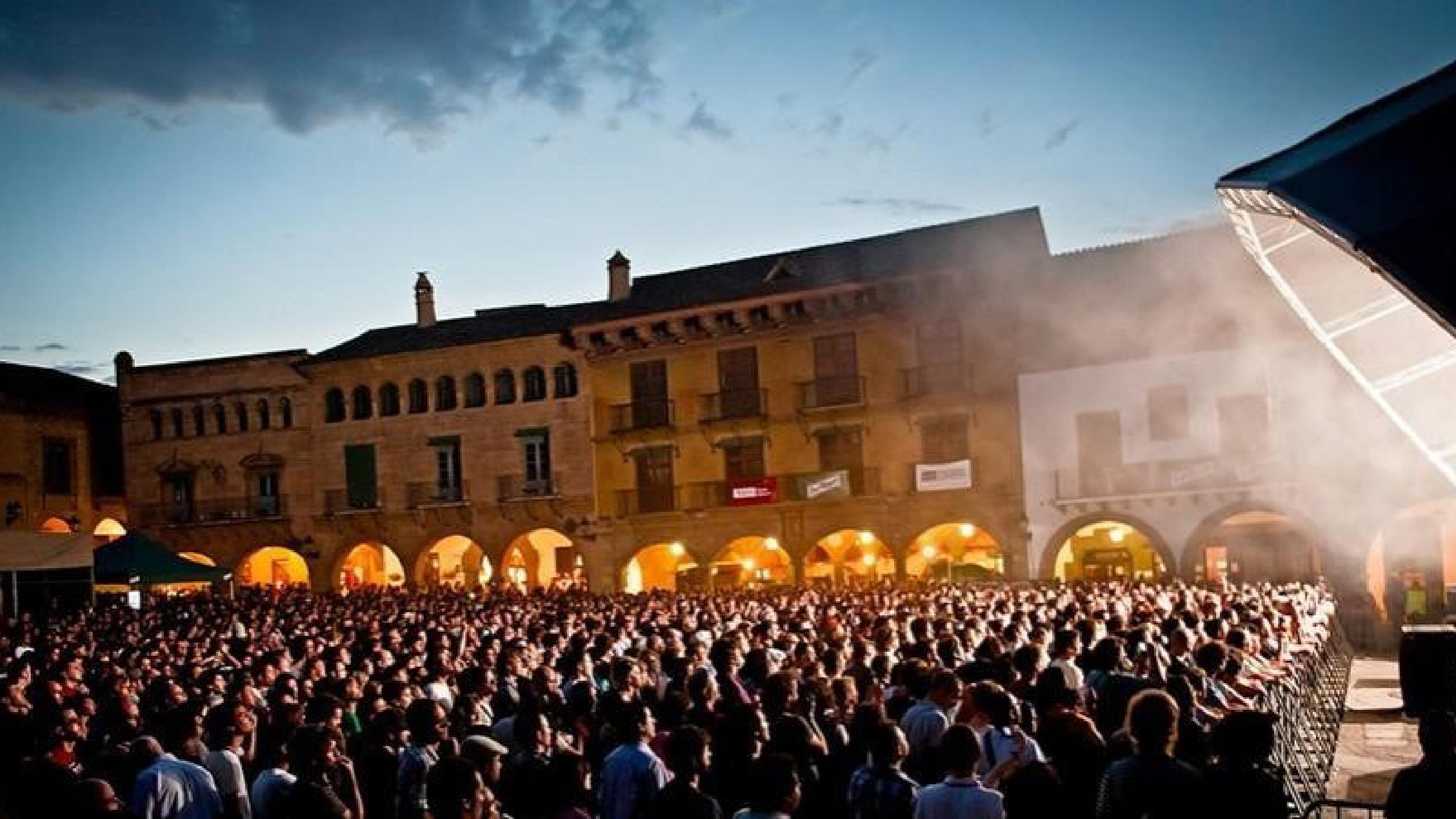 This little village was built in 1929 for the World Exposition, and it has been a symbol of Spanish culture ever since. This extremely popular tourist attraction is home to over one hundred different buildings: restaurants, artisan workshops, theatres, museums, and even a monastery replica. Numerous visitors flood this venue each year to attend numerous meetings, conferences, and exhibitions. Spanish artists such as Picasso, Dali, and Joan Miró have a strong presence in the numerous museums and craft shops that line the streets. While one building alone wouldn’t be large enough for ISE 2021, there are numerous different facilities that are extremely versatile, making this little town the ideal space to host an event. The main square, which is a replica of Segovia’s Riaza square, is the ideal space for festivals, parties, and even concerts. Although it is typically an open-air space, it can easily be covered to adapt for any threatening weather. 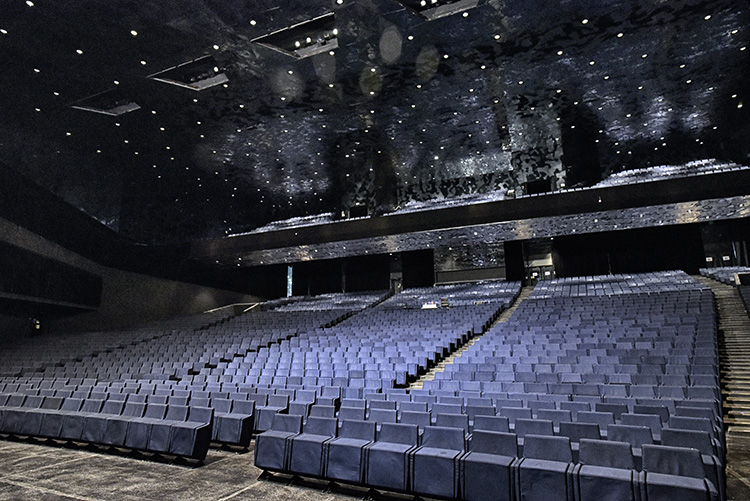 This venue has a sleek and modern design, making it one of the most perfect venues for ISE Barcelona. Standing at 100,000m2, this space can hold up to 15,000 people at a time. It’s composed of multiple rooms on different levels and has a large exhibition area of over 11,340m2. The space is open with numerous areas of floor to ceiling windows, allowing natural light throughout the building. The auditorium is large, spacious, and seats over 3,000 people, making it an ideal place to host lectures and assemble panels. The banquet hall has a unique yet modern design, with a curved wooden panel ceiling and floor to ceiling windows, and it has the potential to hold up to 1200 people. The 37 meeting rooms offer extra space for seminars or special installations. There’s even a terrace that would be the perfect spot for post-conference cocktails or just a space to take a quick break and breathe in some fresh air. The best part about it is its convenient location, as there is easy access from both the airport and the city centre.

If you’re attending events like ISE Barcelona 2021 and are looking for accommodation, check out our list of Top New Hotels in Barcelona! 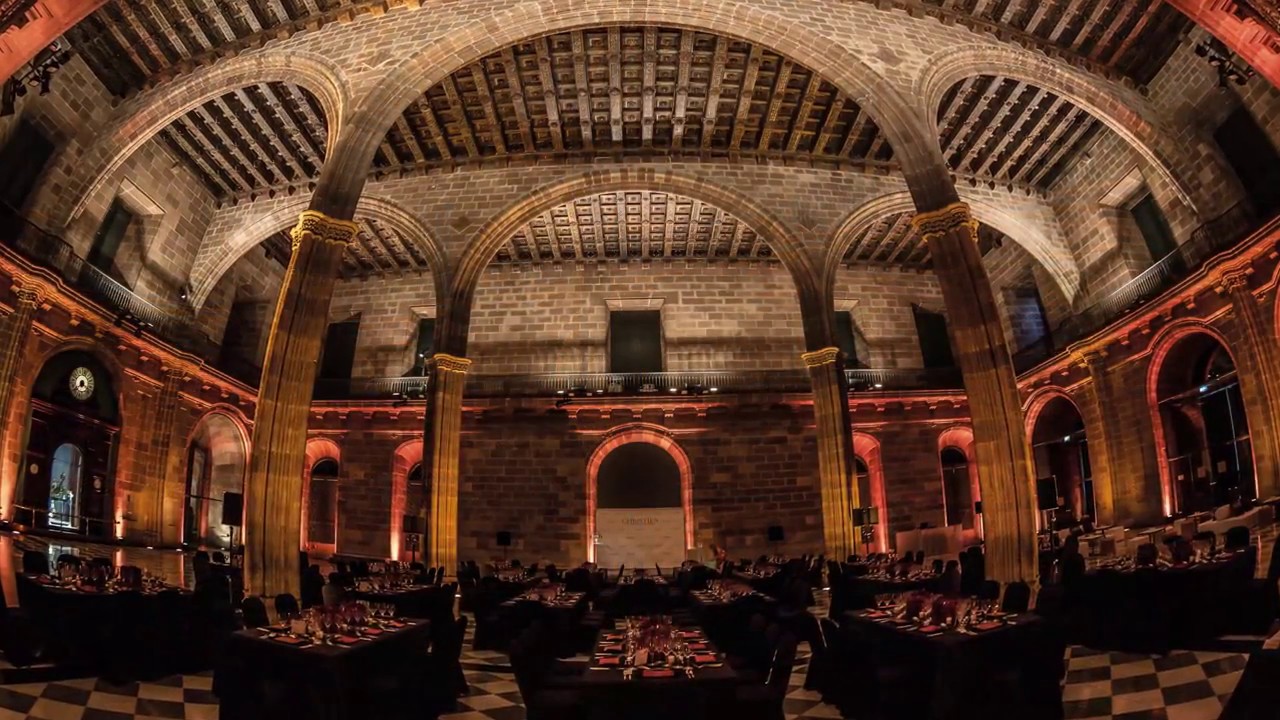 This one is a gorgeous space located in the centre of Barcelona, just a few blocks away from the seafront. It was originally built in the 14th century, so it is a historical relic full of gothic charm. For centuries, it had been the centre of trade in Catalan, and today it still functions as the chamber of commerce. They host over a hundred events there each year, everything from corporate dinners to cocktail parties and weddings. The hall on the main floor is probably the most distinguished room in this venue. A black and white tiled floor is an elegant design that complements the four massive pillars that draw your eye to the impressive arched ceilings. The other seven rooms of the venue are just as breathtaking, with crystal chandeliers, beautiful mural paintings, and massive statues. It would certainly be one of the most unique options for venues for ISE Barcelona. 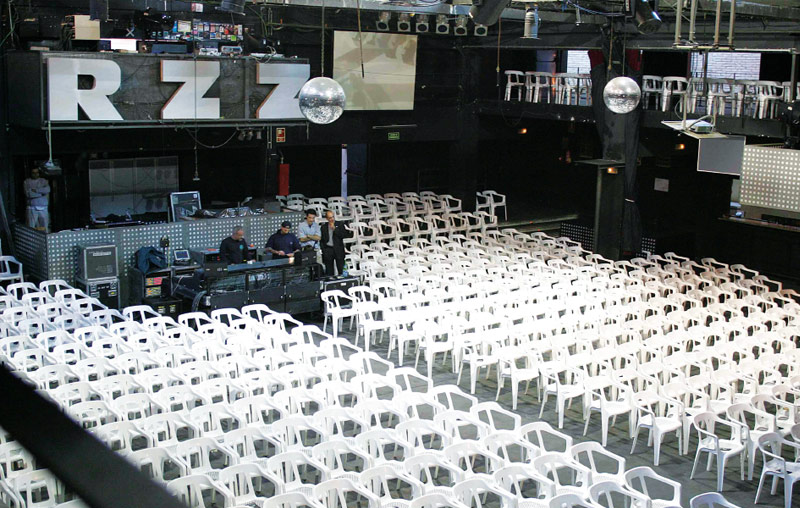 This venue is actually one of the most famous nightclubs in Barcelona. Also commonly used as a concert hall, this venue has hosted big names like Paul McCartney, Oasis, and Björk. Don’t let the nightclub title turn you off from the possibility of being an event venue of ISE Barcelona 2021; this massive space is over five rooms and can hold over three thousand people at a time. The main hall alone can accommodate more than two thousand, while 2 of the other rooms can hold 940 people and 200 people. The building itself is warehouse-style, like an old loft, so the high ceilings create an element of space and grandeur. The venue is also easily reachable, just a few minutes walk from the Marina metro station. This older industrial building has a lot to offer when it comes to hosting events. You can even see some amazing views through the floor to ceiling windows on the second and third floors. 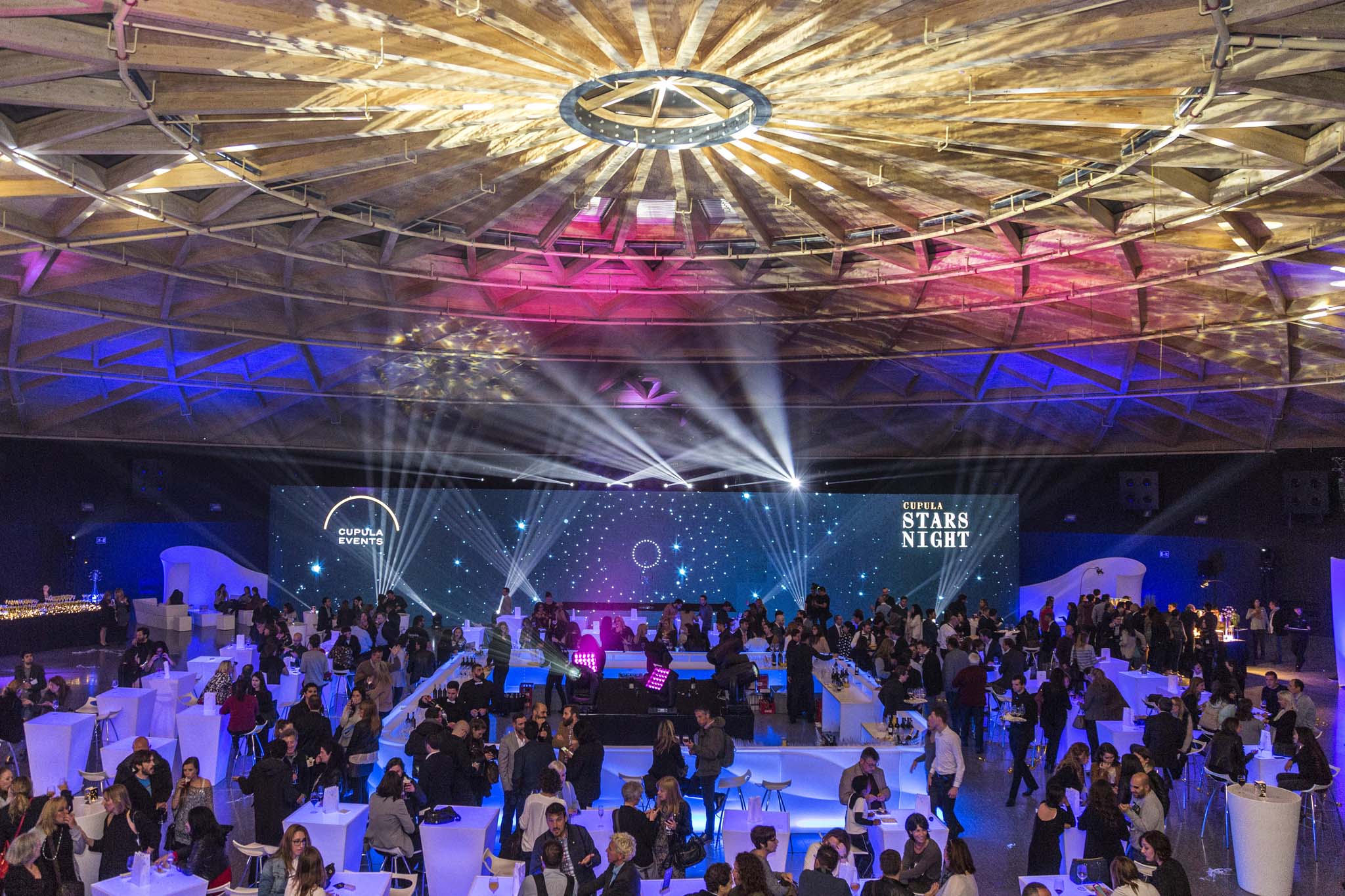 We are talking about a monumental building in the city, and it truly cannot be missed. It is located in the heart of the city, and it first opened in 1900 and was used primarily to host boxing matches, until it was later renovated to be used as a bullring. The arena was actually used to host bullfights until 2010 when they became outlawed in Catalonia. Since its remodeling in 2011, the arena has become one of the main shopping centres in Barcelona. The 27 metre high dome is home to more than 100 stores and restaurants, and it also boasts an amazing event space on the top floor of the shopping centre. The venue has hosted theatres, concerts, and numerous conventions over the years. Best of all, the outer space of the top floor was turned into a public walkway, so you can have a stroll around the entire arena and get amazing panoramic views of the city. 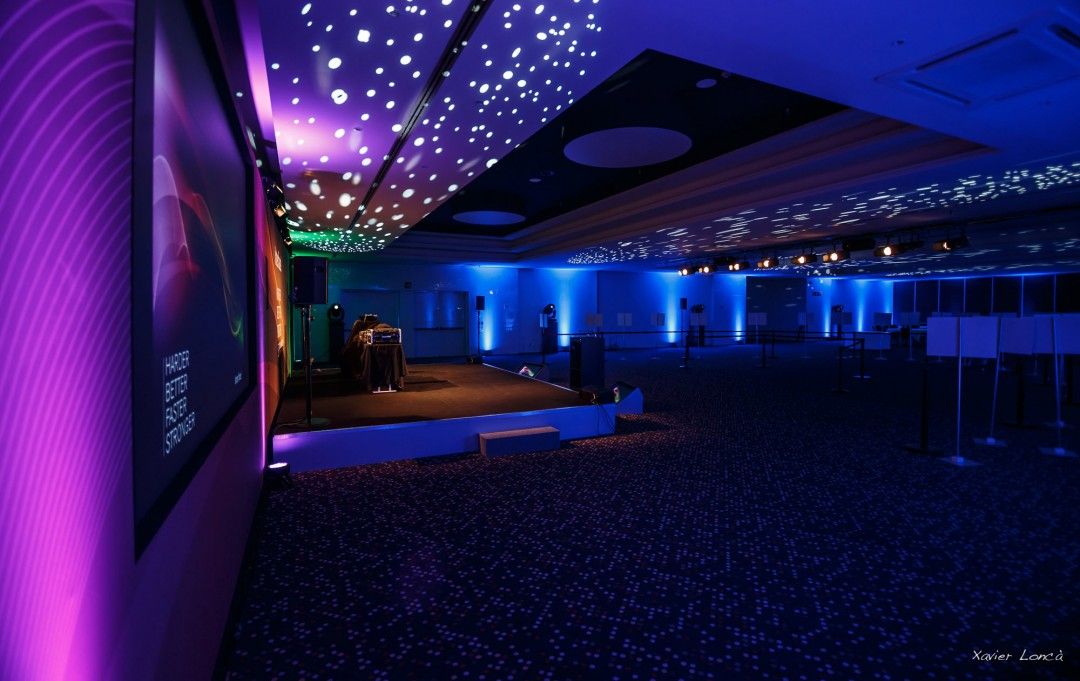 This is one of the most ideal venues for ISE Barcelona, as it was specifically built for large expos and conferences. It offers over seven floors and has over 15 different meeting rooms and spaces. It is also marked as a four-star hotel, making accommodation for the ISE a no-brainer. Above all, it ranks high on our list because of its super convenient location. It is directly connected to the metro station, and it is super close to the city centre, just 5 minutes by train or 15 minutes by taxi. It also has a direct connection to the train station, so it’s really handy if you are taking the train in to catch the conference. Lastly, it is less than 16km away from the airport, so it’s also quite easy to fly in for the event.

If you are considering attending this event, or you would like information on any other events happening around Europe, don’t hesitate to email us at [email protected]!