How to Get to Barcelona City Centre from the Airport

Located on the Mediterranean Sea coast, Barcelona is the capital of Spain’s Catalonia region and is known for its art and architecture. And when Travel + Leisure magazine asked their well-travelled market what their Top Cities in Europe are, Barcelona ranked 4th on the list.

On top of being a tourist favourite, there have also been many global events in Barcelona so it's ranked 2nd in best congress and conference destinations in Europe.

El Prat is located in the municipalities of El Prat de Llobregat, Sant Boi and Viladecans. Depending on the kind of transport you choose, it can take between 30-55 minutes to get to Barcelona from the airport.

There is a free shuttle service that transports passengers between the two terminals. They run every 7-8 minutes (5am -8am), every 4 minutes (8am-8pm), and every 20 minutes (8pm-5am).

From private transport, to Aerobus, to the Metro – there are numerous ways to reach Barcelona from the airport. We will discuss each of them in this post so you can find out which kind of transportation will suit your travel needs.

Availability: 24 hours (whenever your flight arrives)

Cost: depending on your drop-off location and vehicle type booked.

When you’re travelling for work or business, comfort is essential as you will need to be on the go over the next few days. The day you arrive in Barcelona should be seamless and stress free. This is why most of our clients, who are business travellers themselves, book their Barcelona private airport transfers with us from the airport to the city.

Akommo’s private transport service is a great option when you’re travelling as a group because the cost isn’t that much more expensive than a taxi.

Whether you’re carrying bulky conference materials with you or just need important documents to be secure, our fleet of different private vehicles and private chauffer service will ensure that you have a comfortable ride.

Our private transport service includes a meet and greet at a designated pick-up location, and our chauffeur will assist you in carrying your luggage and transport you to your Barcelona city accommodation or venue on time.

To arrange your hassle-free private transfers to Barcelona, email us at [email protected] 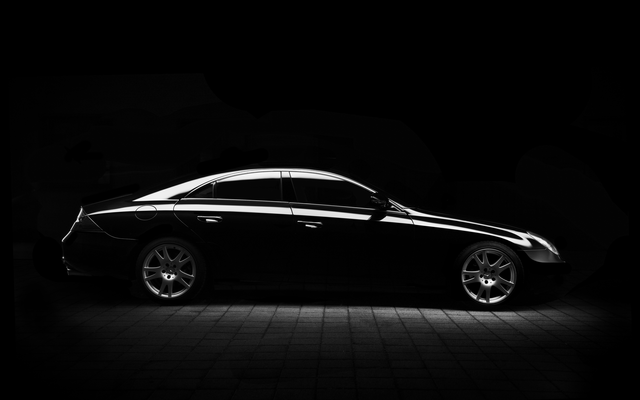 Availability: 24 hours / whenever the airport is open

There are almost always several taxis available at Barcelona airport at any given time of the day (the taxi ranks are located outside Terminal 1 and Terminal 2). However, you cannot simply hail one immediately. You must get in a queue, where you will be directed to the next available taxi.

It is important to note that there is a minimum charge of 20€ for taxis from Barcelona airport, and only 10% of van taxis in Barcelona hold a special license to carry up to 6 passengers. If you require this kind of vehicle, you should inform the taxi attendant and be prepared for the possibility of waiting longer, as van taxis are not as readily available.

If you are travelling with a party of 4 or more, it may be wise to consider a private transfer instead. 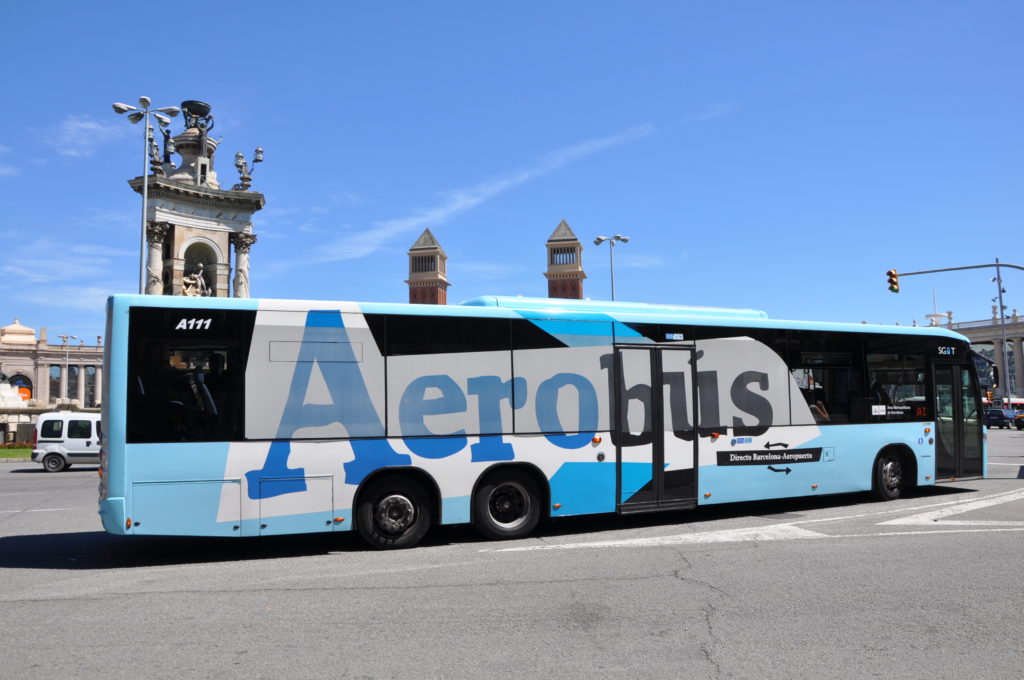 Aerobus is the official shuttle bus that connects Barcelona Airport (From Terminals 1 & 2) to Barcelona’s city centre.

If you are travelling light and your accommodation / venue is within Barcelona City Centre’s major points, Aerobus is one of the best options to take from Barcelona Airport.

With its “Aerobus” logo emblazoned on the entire vehicle, it is almost impossible to miss this bus. They are light and dark blue-coloured buses and depart every 5 minutes from both terminals.

Tip: Try to get a window seat as the Aerobus stops around some of Barcelona’s major landmarks: Plaza Catalunya (city centre), Plaza España, Gran Via-Urgell, and Plaza Universidad.

4.) Public Transportation (by Bus) - the Cheapest Way to Reach Barcelona

Night time bus (Nitbus): N16 and N17 – roughly every 20 minutes but operating hours change so it’s best to check their site for the latest timetable.

TMB (Transports Metropolitans de Barcelona) is Barcelona’s public transport service that provides connection to and from the airport terminals and the city centre.

If you would like to get a more local experience upon landing in Barcelona and are travelling with minimal luggage (there are no luggage compartment provisions in these buses so we cannot stress ‘minimal’ enough), the public bus is also another option to get to Barcelona city centre from the airport.

There are three bus numbers to look out for: During the daytime, Bus number 46 will take you from Terminal 1 and Terminal 2 to Plaza Espana (city centre).

If your flight arrives in Barcelona at night, there are two night buses available: Bus N16 and Bus N17. You can catch Bus N17 from Terminal 1, and Bus N16 from Terminal 2 (which includes Terminal 2’s subsections of T2A, T2B, and T2C)

It is important to know beforehand that unlike the Aerobus, the TMB bus has minimal space for luggage, and because this is a public bus, there are several stops (Bus number 46 has approximately 12 stops), so this is something to consider if time is a factor.

Tip: As this is a public bus, you must ring the buzzer / bell to indicate your stop. It is best to speak to the driver or fellow passengers who may be alighting in the same stop as you.

Availability: 24/7 but actual availability of vehicle depends on the time of booking.

Cost: it depends on your drop off location, but a Cabify Lite from the airport to the city centre begins at 25€

Ride-hailing company Uber has officially suspended its services in Barcelona early this year. Enter Cabify: a Spanish transportation network company that lets you get around the city with private cars and a driver. You will need to download the Cabify app on your mobile to be able to book.

FREE NOW (formerly mytaxi) is a licensed ride-hailing app for yellow taxis and black cabs in European cities, including Barcelona.

Just like Cabify, you must also have the app downloaded on your mobile to use. Booking is a fairly straightforward process where you enter your pick-up and drop-off points. FREE NOW should have a similar fare rate as regular taxis.

Tip: Though Cabify and FREE NOW are technically available to book 24/7, this really depends on the actual availability of cars nearby at the time you make your booking. We suggest using Cabify and FREE NOW during daytime or peak hours in order to minimise wait times.

6.) Metro - Fast and Straight to Every Corner in Barcelona

Availability: Mondays to Thursdays / Sundays: from 5am to midnight

The Barcelona Metro is an extensive network of rapid transit railway lines that run mostly underground. Since 2016, the Metro has been connecting both Terminals of the El Prat airport to the Barcelona underground network.

The Line you need to look out for is: L9 Sud, the stops / station in Terminal 1 is inside the building, and in Terminal 2, it is located outside the airport building.

It’s important to know that the Metro does not operate after midnight from Monday to Thursday and on Sundays.

Now that you have figured out which Barcelona airport transport is best for you, don’t forget to include relaxation and wellness on your agenda!

Work events and conferences can take its’ toll – we know just the best places to workout during your visit in Barcelona. And if it is pampering and de-stressing you’re after, our top picks for spas in Barcelona will surely entice you.