Top 5 Places To Exercise in Barcelona 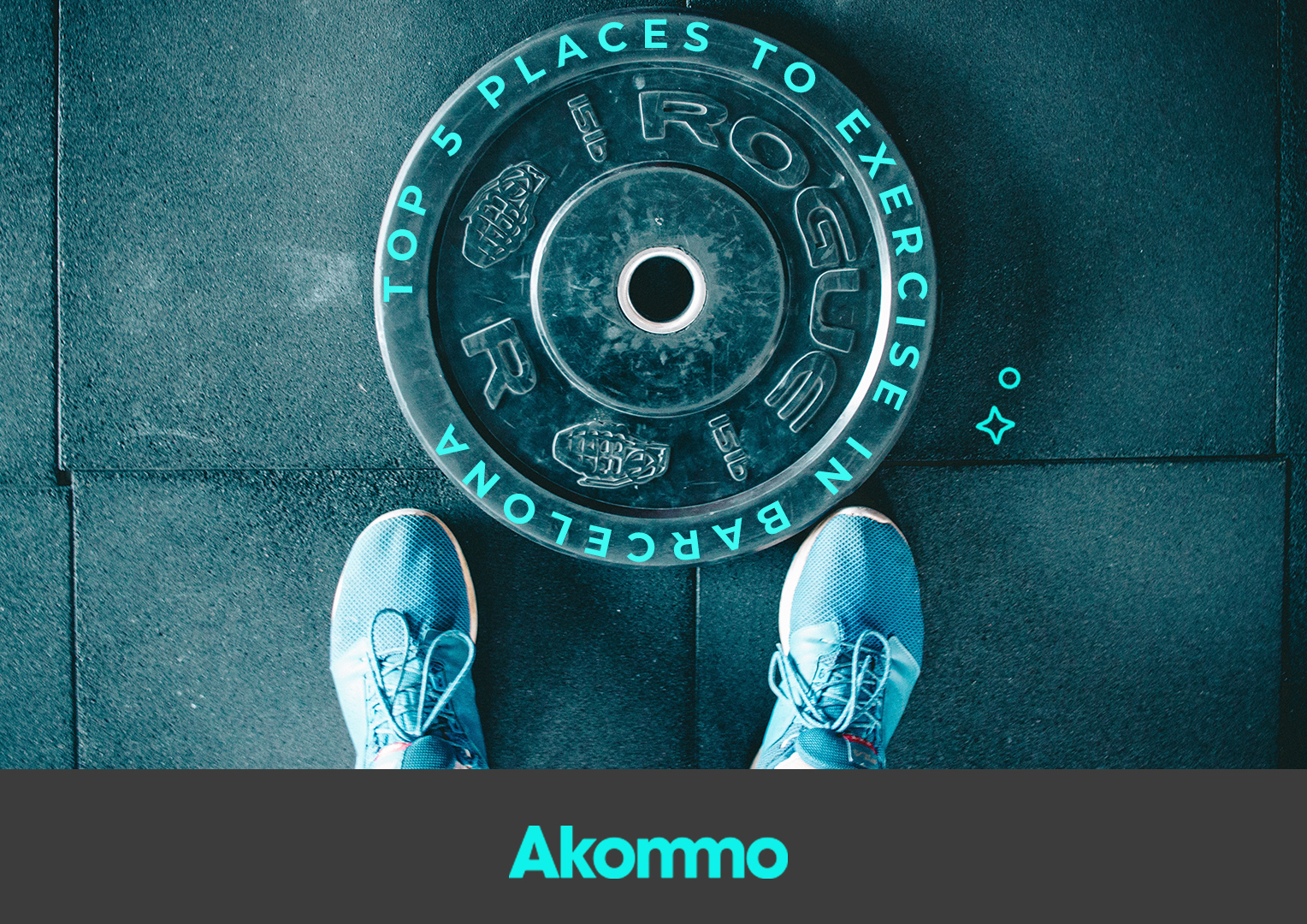 The year is coming to an end and we are about to enter a new decade. With it fast approaching, we can’t help but think about goals and the all too-familiar New Year’s resolutions. Two of the most common resolutions are to travel more, and to exercise more. Barcelona, Spain’s cosmopolitan capital in the Catalonia region, is considered one of the most visited cities in the world. Barcelona is set to receive around 9.09 million overnight international visitors before 2019 ends.

Many visitors in Barcelona enjoy its architecture, history, and most of all, its fabulous food. After all, Catalan cuisine is known worldwide for its wonderful flavours and Mediterranean ingredients. Paella, croquetas and crema catalana are just a few of the dishes that one must try when in Barcelona. After eating such delicious food, it’s not so surprising, that many of Barcelona’s tourists are on the search for where to exercise.

Luckily, the city is filled with many natural outdoor spots that make it convenient for everybody—tourists and locals alike, to exercise in Barcelona, 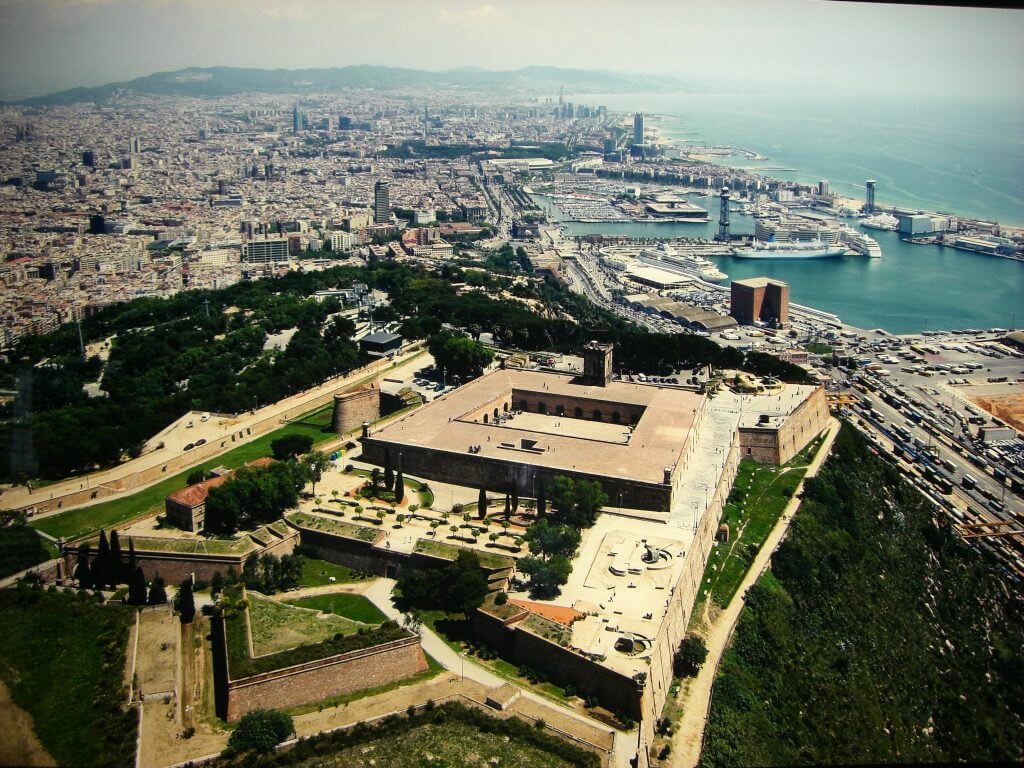 Located about 8 kilometres south of Barcelona’s main centre, Montjuic is a landmark hill that is a must-visit for fitness enthusiasts. Montjuic, which translates to “Jewish mountain”, was once home to the city’s Jewish community. It rises 173m above sea level, so for centuries, it served as Barcelona’s defense hub. A glass cable car is one of the most popular means to get to the top of the Montjuic, where you can get picturesque, eagle-eye views of Barcelona’s gardens, parks and beaches. If you are wanting to squeeze in a workout or exercise in Barcelona, you can skip the cable car and walk or run up the hill instead. Because of its hilly roads with lots of paths and stairs, Montjuic is considered by many as great running terrain.

There are many water fountains that surround Montjuic and you will find plenty of other joggers and runners to keep you company. And if you are able to reach Montjuic castle oniyour hike, you will be rewarded with a 1.5 kilometre trail that is surrounded by pine trees. Runners preparing for marathons and other sporting events favour Montjuic as their training ground due to its hilly ups and downs and enough peaceful areas to do stretching and cool down exercises. It’s also worth knowing that the Barcelona Olympic Park (site of the 1992 Summer Olympics) is also situated on Montjuic. If you’re more of a swimmer than a runner, the Piscina Municipal de Montjuic is available for public use. It consists of two swimming pools, one for diving and one 25-metre outdoor pool. These pools hosted the diving events and the water polo preliminaries for the 1992 Summer Olympics.

And whether you are arriving in Barcelona for leisure or business, let us help you figure out how to get to Barcelona City Centre from the airport.

Barceloneta used to be a fishermen’s town in the 18th century due to its seaside location. Now, it is one of Barcelona’s most popular neighbourhoods and also one of the city’s top spots for tourists.  This area is filled with restaurants, nightlife and is also home to Barceloneta Beach, the most famous in the city. No other neighbourhood in Barcelona is as close to the beach as Barceloneta. Some bars and restaurants are just a few steps away from the sandy beaches and this is what makes Barceloneta a popular place to hangout for both locals and tourists.

The beach stretches to more than 1,100 metres and there are tons of activities that you can do. If you are looking to squeeze in some exercise in Barcelona, you can jog or walk along the vast coastline of Barceloneta Beach or along the boardwalk. Walking or jogging on sand provides many benefits: It’s easier on the joints, you burn more calories, and you get a magnificent view of the beach and its people. Needless to say, you can also swim in the sea but if you would like to level-up your exercise in Barcelona, you can enrol yourself in one of Barceloneta’s many surfing schools.

The best thing about doing your workout on Barceloneta Beach is that you can reward yourself with a meal and a drink from one of its many popular seaside restaurants and bars. 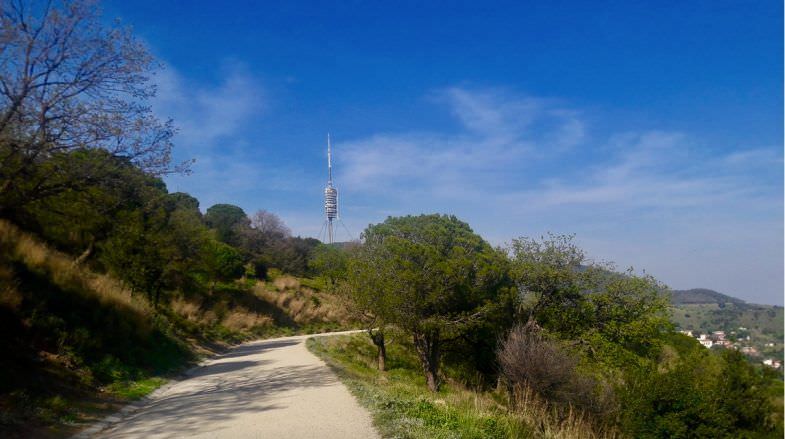 Barcelona’s versatility is one of the reasons why it is a fantastic city. While it has its famous beaches on the coast, Barcelona also offers fantastic sights when you go inland. If you travel 20-30 minutes inland, you will reach Collserola National Park, a green land paradise often referred to as the “Green lung of Barcelona”. Measuring over 8,000 hectares, the park can be explored by its many footpaths and cycle tracks.

La Carretera de les Aigues, which means ‘Road of the Waters’, is the most accessible and best known foot path within Collserola National Park.  The 9-kilometre path is quite popular with dog walkers, families, joggers and cyclists as it also provides a panoramic view of Barcelona.

The footpath is very well-maintained and almost flat so it is ideal for walkers, cyclists and joggers of all ages and fitness levels. Tip: If you can rent a bike in Barcelona, (public buses to Collserola National Park have provisions for bicycles), it takes roughly an hour and a half to cycle the entire Carretera de Aigues route in a roundtrip.  There is minimal shade along Carretera de Aigues so it’s advisable for you to carry water and wear sunscreen.

Be sure to reward yourself after a good workout in Barcelona! Check our list of Top 7 Spas in Barcelona and if your idea of a reward is shopping, then make sure that you are armed with our tips to have a tax-free refund in Barcelona. 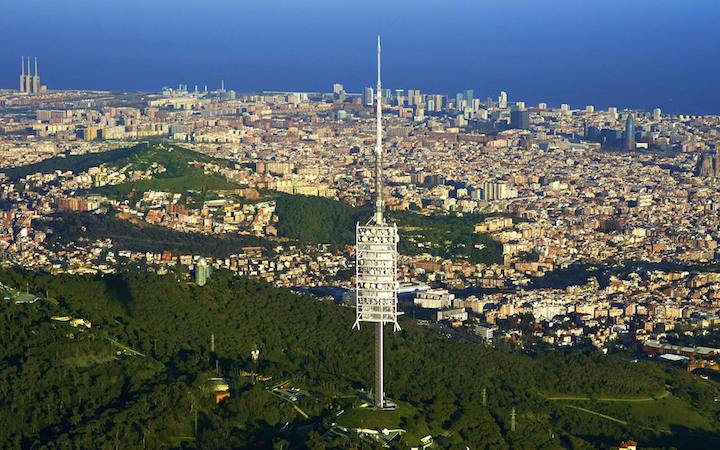 If you’re not much of a hiker, or just considering hiking as part of your exercise in Barcelona, consider this: many studies have shown that hiking is the perfect mind and body workout. Hiking on uneven terrain increases the amount of energy your body uses by up to 28 percent, compared to walking on flat ground.

It’s also been proven that hiking has a positive impact on combating stress and anxiety. Hikers in Barcelona should definitely head to the Sarria-Sant Gervasi neighbourhood to pay Collserola a visit. Collserola Park, an idyllic green getaway from Barcelona’s city centre, has a surface area of 84.65 square kilometres and is the largest metropolitan park in the world.

It’s considered to be the most ideal hiking location in Barcelona due to its safe and interesting trails, magnificent views of Barcelona and amazing variety of flora and fauna. Hikers will also be rewarded with historical attractions such as the Torre de Collserola, an observation tower, and the ruins of the 14th century Castellciuro Castle, among many others. 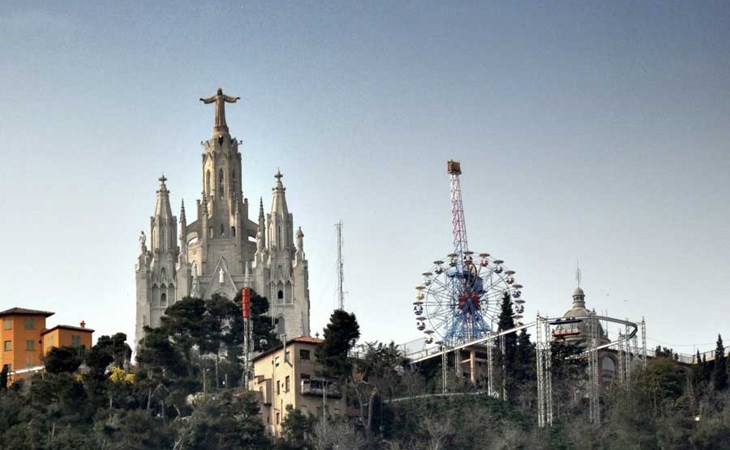 Tibidabo is a mountain that overlooks Barcelona. At 512 metres it is the tallest mountain in the Serra de Collserola. On top of its sweeping views of Barcelona, it is also popular for being home to the oldest theme park in Spain, the Tibidabo Amusement Park. Tibidabo’s peak also houses L’Observatori Fabra (The Fabra Observatory), which was built in 1901. It has served as an astronomical observatory, seismology and meteorology centre for over 100 years now.

The most popular way to get up Mount Tibidabo is to take a tram, (Tramvia Blau), which takes you halfway up the mountain. From there, you can catch a Furnicular train from the halfway point. If you want to take advantage of being outdoors in Barcelona and get your workout in, you can walk or hike your way to the top. This hike is extremely rewarding as you will be treated to historical sights and views, passing through peaceful and leafy neighbourhoods as well.

Barcelona is indeed a city endowed with the best of the beaches, mountains and hills. It is so convenient to have an active lifestyle while visiting Barcelona. If your visit to Barcelona won’t allow you to travel to these areas to exercise, don’t worry as we’ve also got a list of top 20 Barcelona gyms with day passes.