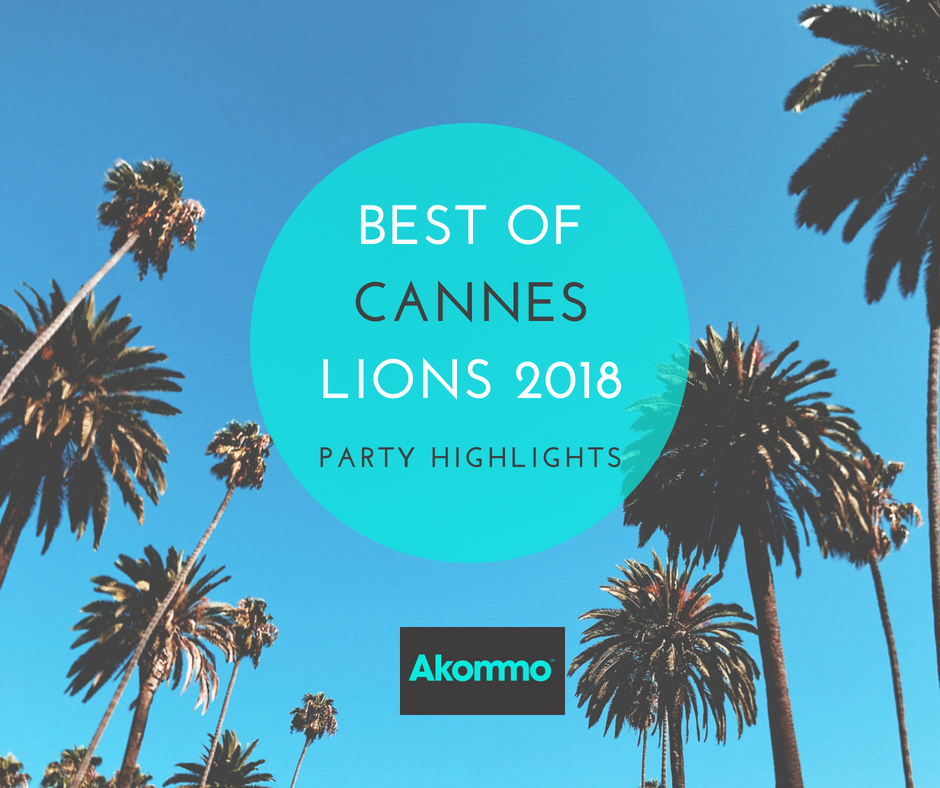 This year the Akommo team had the pleasure of providing you with the Cannes Lions 2018 Party List, reaching a staggering 60 parties in total. Thanks to your contributions, we were able to create the most complete list out there for Cannes Lions 2018. After creating the list, we of course had to see if these parties reached their expectations – so we decided to check them out. After a long weekend of detoxing and rest, we’re finally in a proper state of mind to present you with the Best of Cannes Lions 2018 – the Akommo Party Recap. Here’s what you either thoroughly enjoyed or entirely missed out on last week in Cannes. 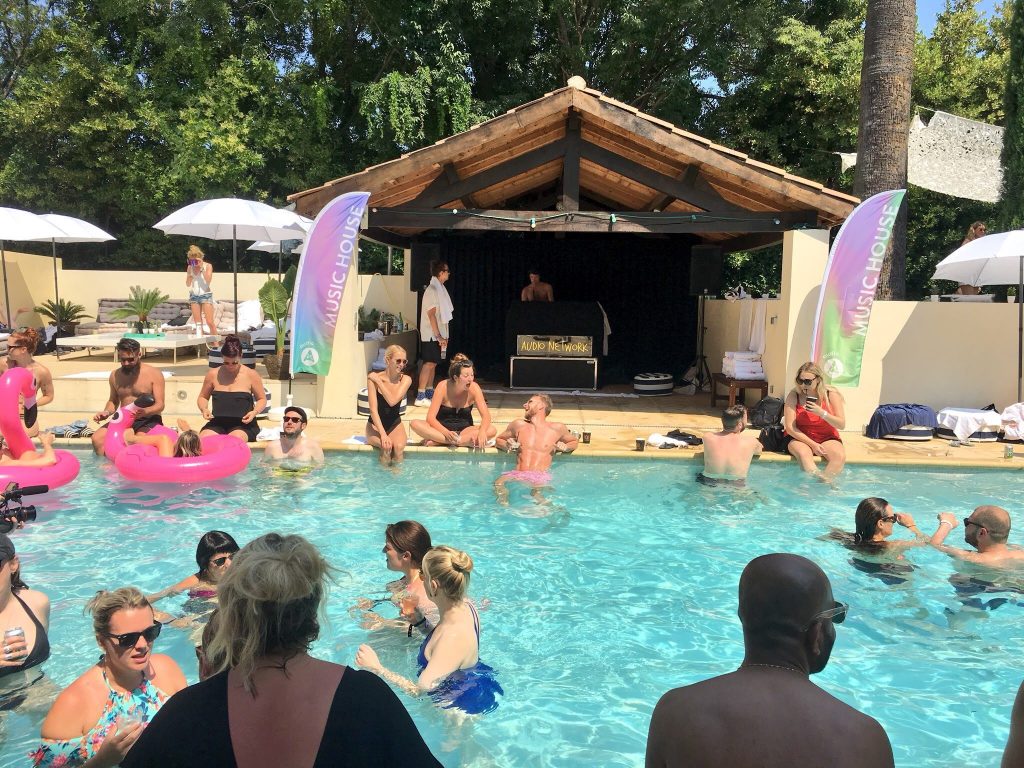 Alongside the SWEET villa they set up, this poolside party from the AudioNetwork DJs absolutely smashed it! The guests were treated to a delicious BBQ with amazing local catering, endless booze, a beautiful swimming pool, and pristine villa grounds in which to mingle and network. Apart from their pool party, they hosted a scintillating content talk and even daily morning yoga followed by smoothies. Word on the street is that they’re hosting another packed week of events at Cannes Lions 2019, keep your eyes peeled. Check out their rad setup here.

This pool party was hosted in one of the most elite villas in Mougins, just outside of Cannes. The immaculate estate boasts a swimming pool complete with a hidden waterfall bar, pink flamingo inflatables, and delicious prawns on the grill. This was by far the most organised party in terms of transportation logistics, as they had complimentary shuttles running around the clock. The Captify villa was a definite show-stopper this year at Cannes Lions. 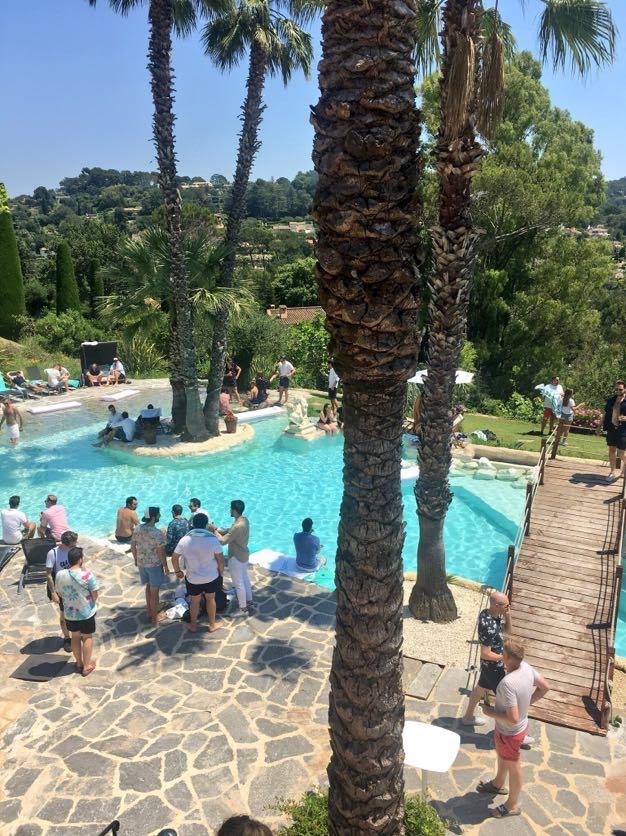 Universal Production Music had fresh cocktails prepared by Monkey Shoulder, beach activities, little private huts to escape the sun, live World Cup action, and live performances from artists like Justyna Kelley, Jabu Morales, and a few sets from DJ Bedrud. Not to mention they had branded Mini Mokes to escort their guests from the Majestic to the Bénitier Plage. Universal chose the best beach in Cannes – away from the madness and still centrally located. 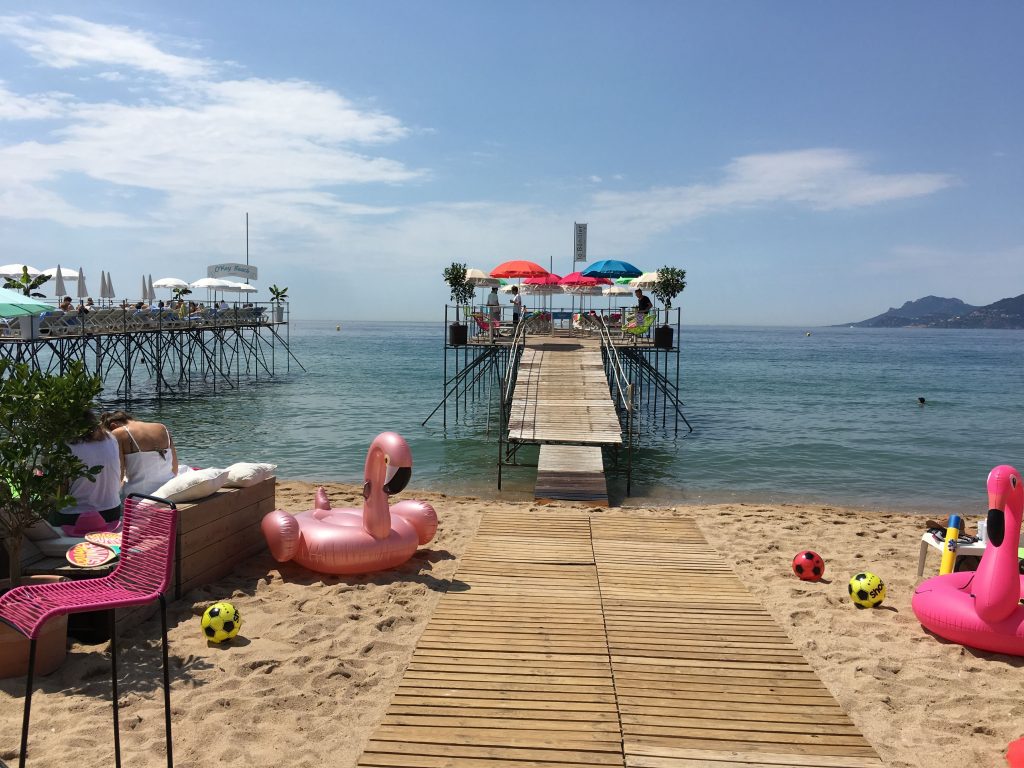 The only place in Cannes where you can network until 4:30AM… depending on your definition of networking, that is. This annual late-night rager had another successful year of partying and dancing until the wee hours of the night. The Cannes club, Le Chat Noir, was absolutely packed with shots and mixed drinks, good vibes, and dance moves. If you missed it this year, they’ll be back for more after-hours fun next year.

The Contagious villa quickly gained a reputation as one of the hottest spots in Cannes, with multiple parties throughout the week and an easy-to-access location in the city. The most acclaimed party during Cannes Lions 2018 had to be the LADBible party, which had a queue out the door 30 minutes before it even started. Which of you got to relive your youth with the timeless beats from DJ Luck and MC Neat? We’re expecting big things from you next year, Contagious.

Those of you who made it to Under the Stars will know that this party overflowed with Champagne, rosé, and swank. What else do you expect from a yacht party and an open bar in the French Riviera? They had fresh beats coming from DJ Mick, tempura fried prawns, and not to mention, a selfie camera station for guests to remember how fabulous their evening was. Cheers to YOU, yacht party legends. 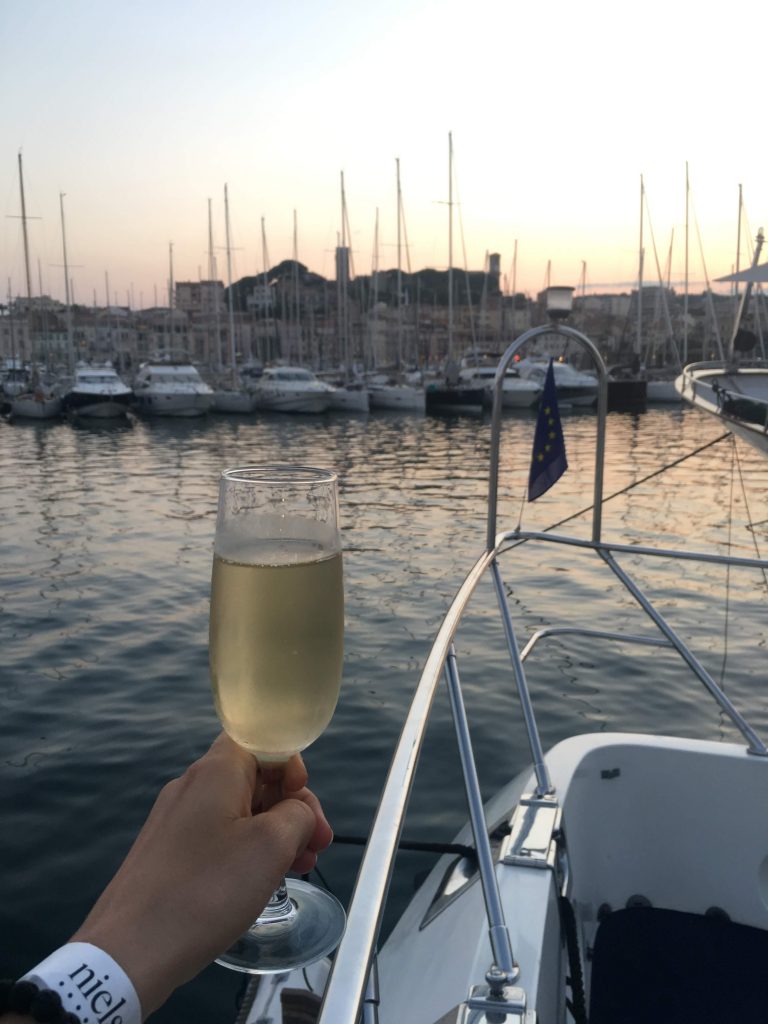 If we could describe the Smart Adserver yacht in one word, it would have to be “elite”. This boat hosted not only some online advertising’s most important waterfront panels, but they even took care of your impending Thursday morning hangover with massages and detox smoothies. No wonder they’re so successful – they think of everything!

As you would imagine, Spotify pulled out all the stops to make a “killer” lineup this year (see what we did there?). The Killers could be heard all up and down the Croisette, with fanboys and girls losing their minds to their chart-toppers. Who else returned back to their apartment with a sore throat and burst eardrums? Not to mention, the beach-side performance by CHVRCHES followed by rap sensation Travis Scott. He was accompanied by his supportive significant other, Kylie Jenner, to turn the night into an unforgettable experience in Cannes.

The Havas Café tends to turn into a major meeting point during Cannes Lions every year. Cannes Lions 2018 was no exception to their impressive setup, as Havas Café had people flowing in and out throughout the whole week. Not to mention, they had the best lineup of musical performances, with major artists such as James Bay, Jessie Reyez, and Tanks and the Bangas.

The Knocks kicked off the Twitter #CannesAfterDark party with their summer-inspired hits, and they absolutely got the crowd going. They even encouraged the tech-execs to let down their hair and come on stage with them, because there’s nothing like a shot of tequila to get creatives dancing. The highly anticipated pop singer Zara Larsson shortly arrived after to blow the audience away with her wide vocal range. How does such a powerful voice come out of such a tiny person?! 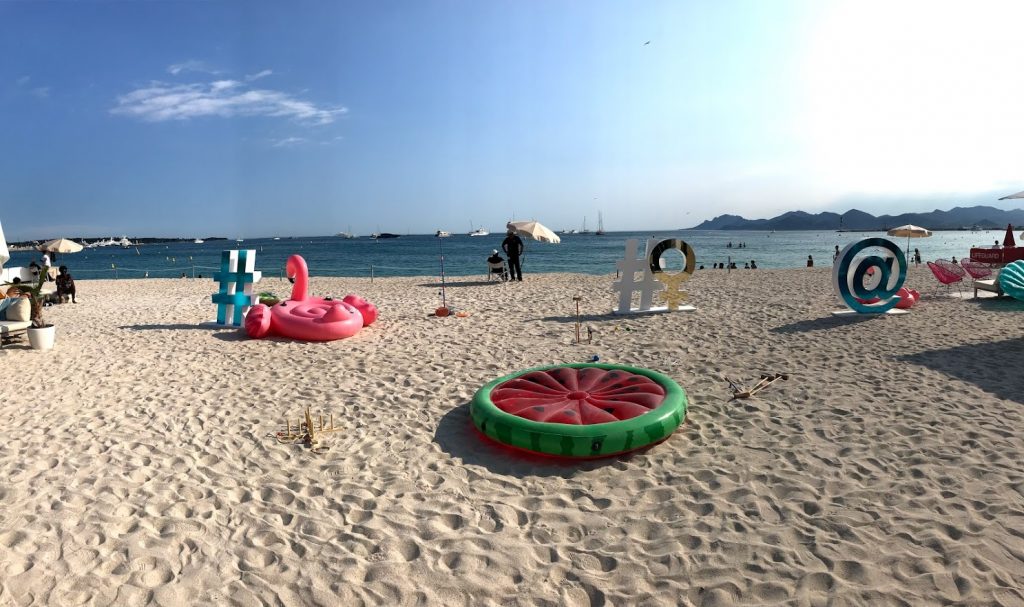 The performance on the beach by Franc Moody was an impressive surprise for all who got to witness their funky tunes. Sony and EMI Production Music pulled off a fantastic beach party at the iconic beach bungalow, Vegaluna, accompanied by… you guessed it, an open bar overflowing with rosé. When in Cannes, right? Check out the bassist, she’s absolutely legendary.

In our book, the food at the 2018 De Falcon & Tantor BBQ Sessions was out of this world good. It could be that we were starving, or that these grill masters from Chile and Argentina know how to prepare a damn good chuletón with chimichurri sauce. We’re gonna go with the latter and dream about how they immediately stuffed us with meat and veggies. Who else is missing Cannes already? 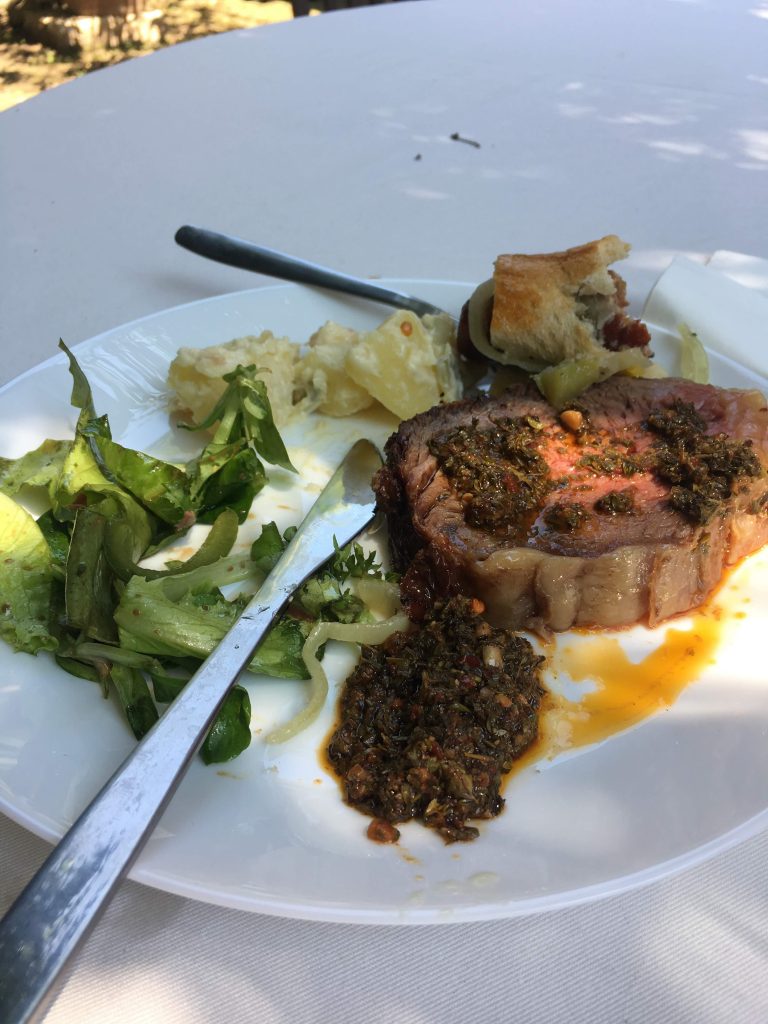 Healthy, delicious, and colourful dishes were served at this Women’s Dinner Party. From elaborate salads to salmon, chicken, and veggie skewers, to delicious chocolate tartlets, this inspirational women’s dinner in the Martinez Hotel Penthouse had it all. Not to mention the impressive views, a gorgeous live performance from Carla Morrisson and her husband, and moving speeches from some of advertising’s most powerful women. 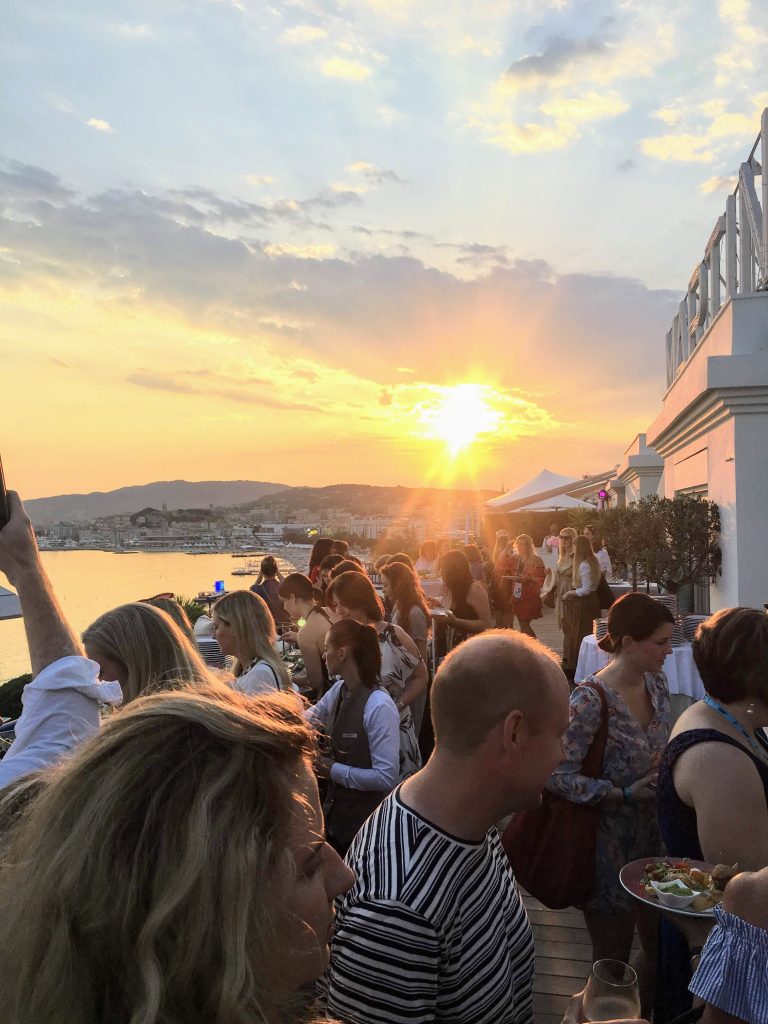 Jamoneros, olives, cheeses, veggie burgers, sandwiches, woks, meat on the grill, open bar, and martini and margarita slushie stations… We’d expect nothing less from the creative masters at Facebook. The list continues, but we’re just getting hungry reliving the Facebook cocktail party. If you didn’t leave there feeling stuffed, you did something wrong. 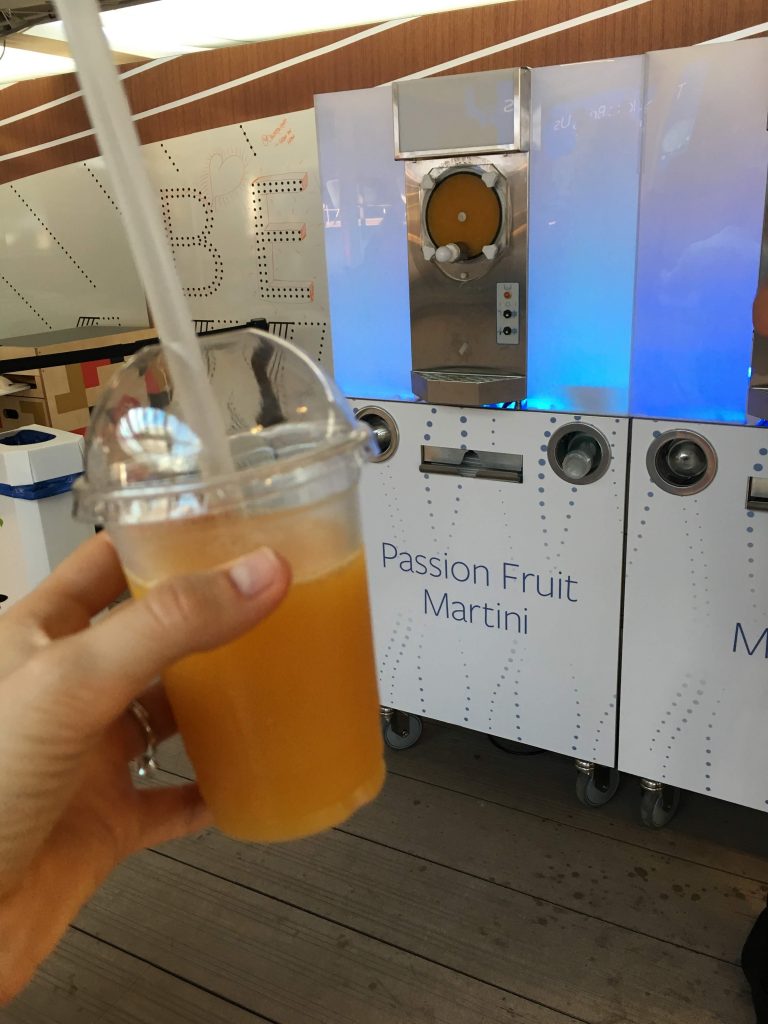 Also located in the impressive meeting space in the Martinez Hotel, the IPG Women’s Breakfast was the best by far in Cannes during the whole week. Eggs, bacon, seasonal fruit, warm French pastries and bread, hot coffee, and freshly-squeezed juices were on the menu. Apart from the incredible breakfast spread, the room was filled with female powerhouses determined to share their knowledge and inspire women to be their own #sheroes. 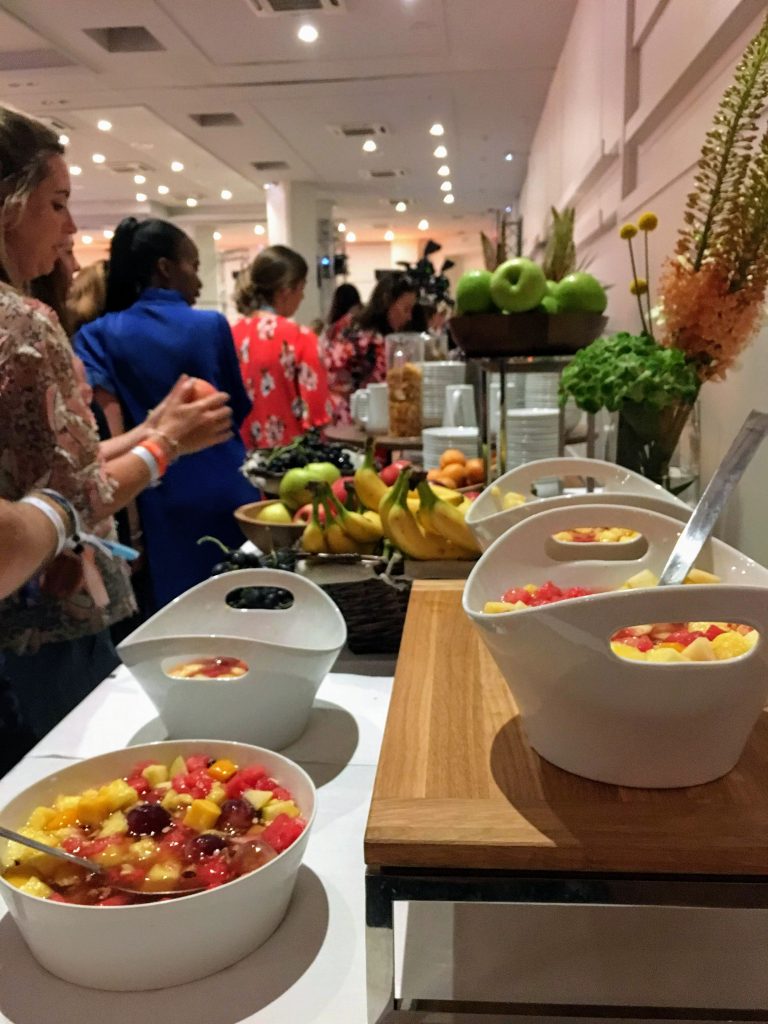 It’s been Akommo’s pleasure to bring you the Cannes Lions 2018 Party List. Parties are already being added to our Cannes Lions 2019 list, so shoot us an email to [email protected] and let’s get your party the exposure it deserves!

If you’re looking for a killer venue or villa for your party in Cannes next year, that’s our specialty. Send us an email or call us directly at +34 931 785 300 and we can help you find a venue your guests will remember.