Blog > Budapest > Why Should Budapest Be Your Next Event Destination?

Why Should Budapest Be Your Next Event Destiantion? 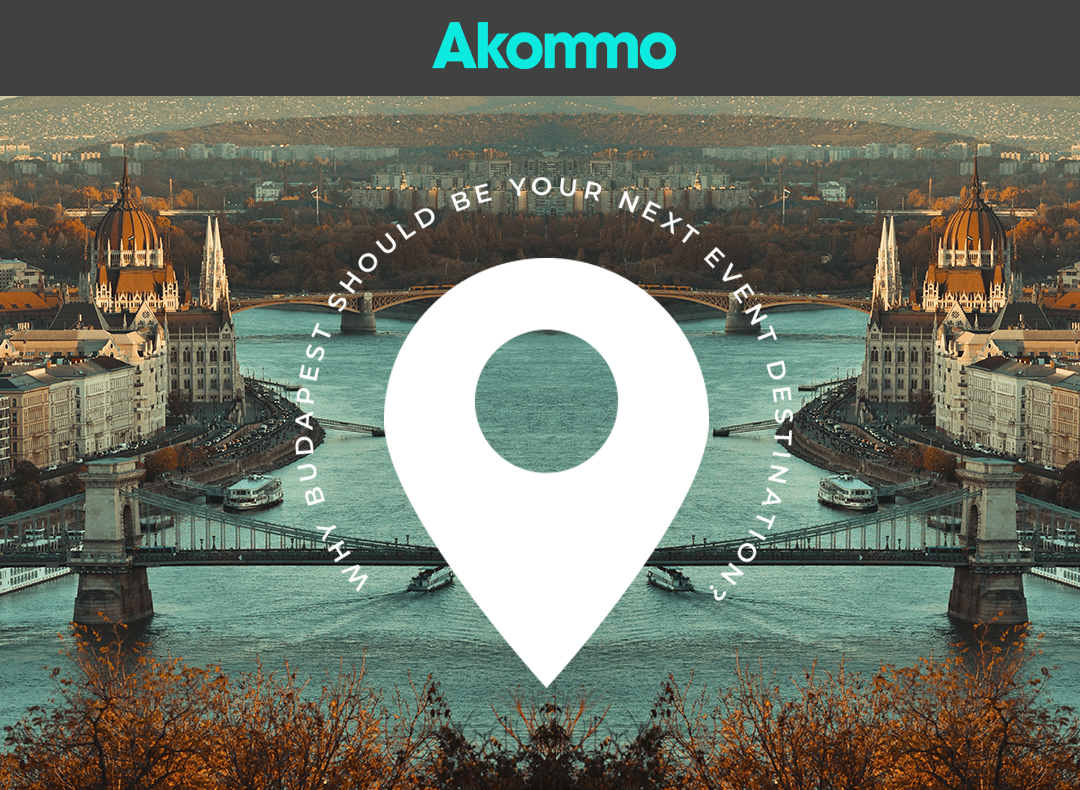 With Europe’s second longest river, the Danube, perfectly and almost artistically separating the city in two, Budapest is undoubtedly one of the most majestic cities in the world. Last year, Forbes voted Budapest to be Europe’s number one destination, and surely the city will experience growth in its current average of 30 million visitors per year. It’s no wonder that more events in Budapest are taking place, and if you need reasons why Budapest should be your next event destination, we encourage you to read on. 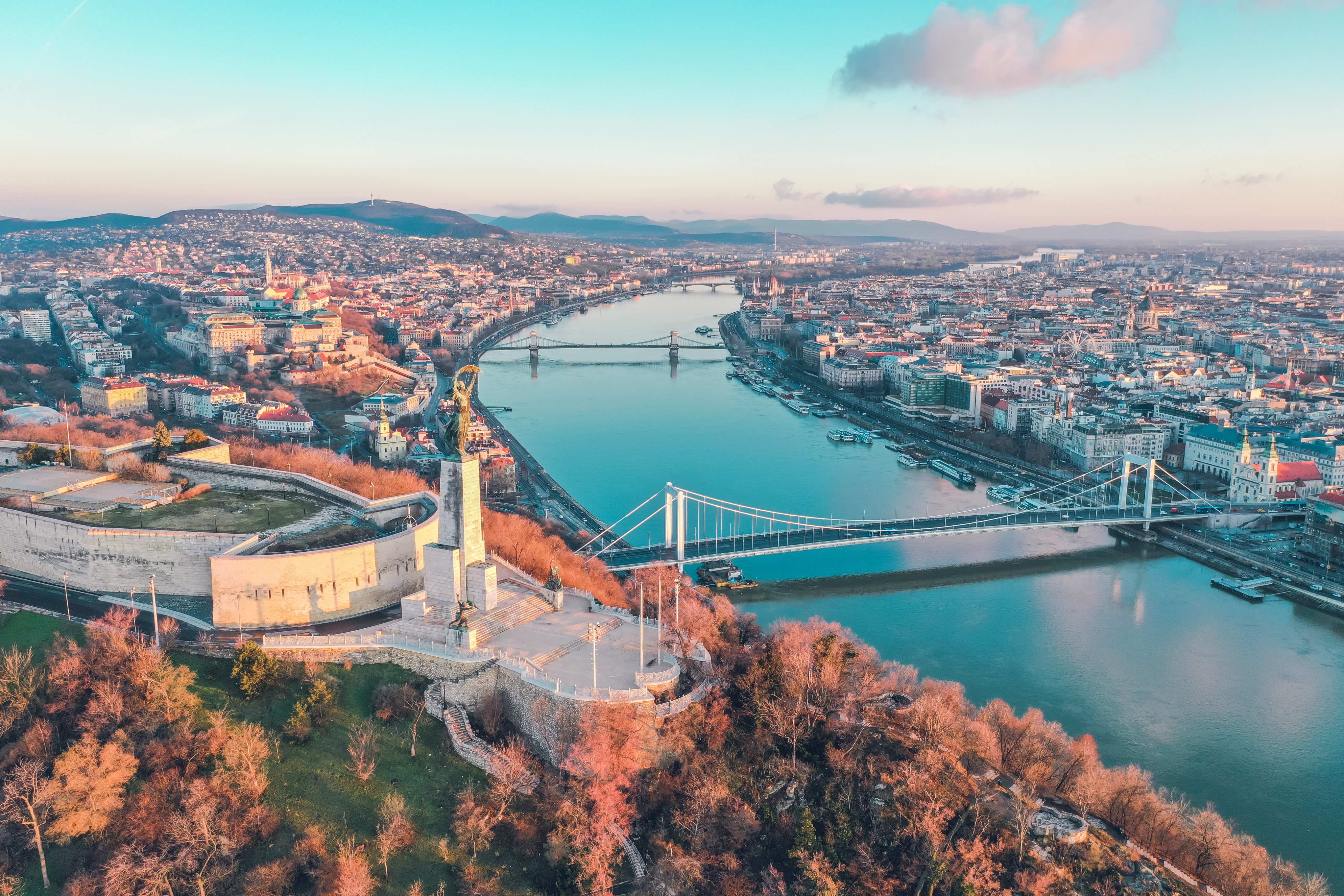 Those who have been fortunate to visit Budapest are always left amazed and baffled why a city with such amazing sights and views tend to be overlooked as a destination. Budapest has a very interesting mix of historic monuments, beautiful architecture, and bars and restaurants that range from upscale to eclectic. The Danube river beautifully separates the city in two (Buda and Pest), and the artistic sprawl of the city makes Budapest best viewed from above.

Those who are wondering what to do in Budapest will be pleasantly surprised that sightseeing is a seriously recommended activity. Fortunately, there are many venues around the city to get the best views of Budapest.

Built between 1895 and 1902, The Fisherman’s Bastion is not just a well-known historical monument in Budapest known for its turrets and spires, but it also offers the best panoramic view of the city. The Fisherman’s Bastion is located in Buda Castle , and getting there is quite easy. There is a dedicated Buda Castle bus that takes you right up the Holy Trinity Square (which is in the grounds of Buda Castle). Those who want the ‘fun’ way to get there can take the furnicular, and those who are in for a challenge, and want to get their workout done while sightseeing can also start from the Danube river bank and take the hundreds of steps up to the Fisherman’s Bastion.

The Hungarian capital is also best viewed at night so this works out well as conference attendees can explore the city after their event in Budapest. The stunning Chain Bridge , one of the most iconic landmarks in Budapest, which many have seen in photos and postcards, is one of the most photogenic sights in the city. At night, the bridge is lit up and it creates a more dramatic and majestic effect.

With its wonderful views, events in Budapest will surely be a hit and it will never be a problem convincing attendees and delegates to attend – just be sure to bring your camera along! 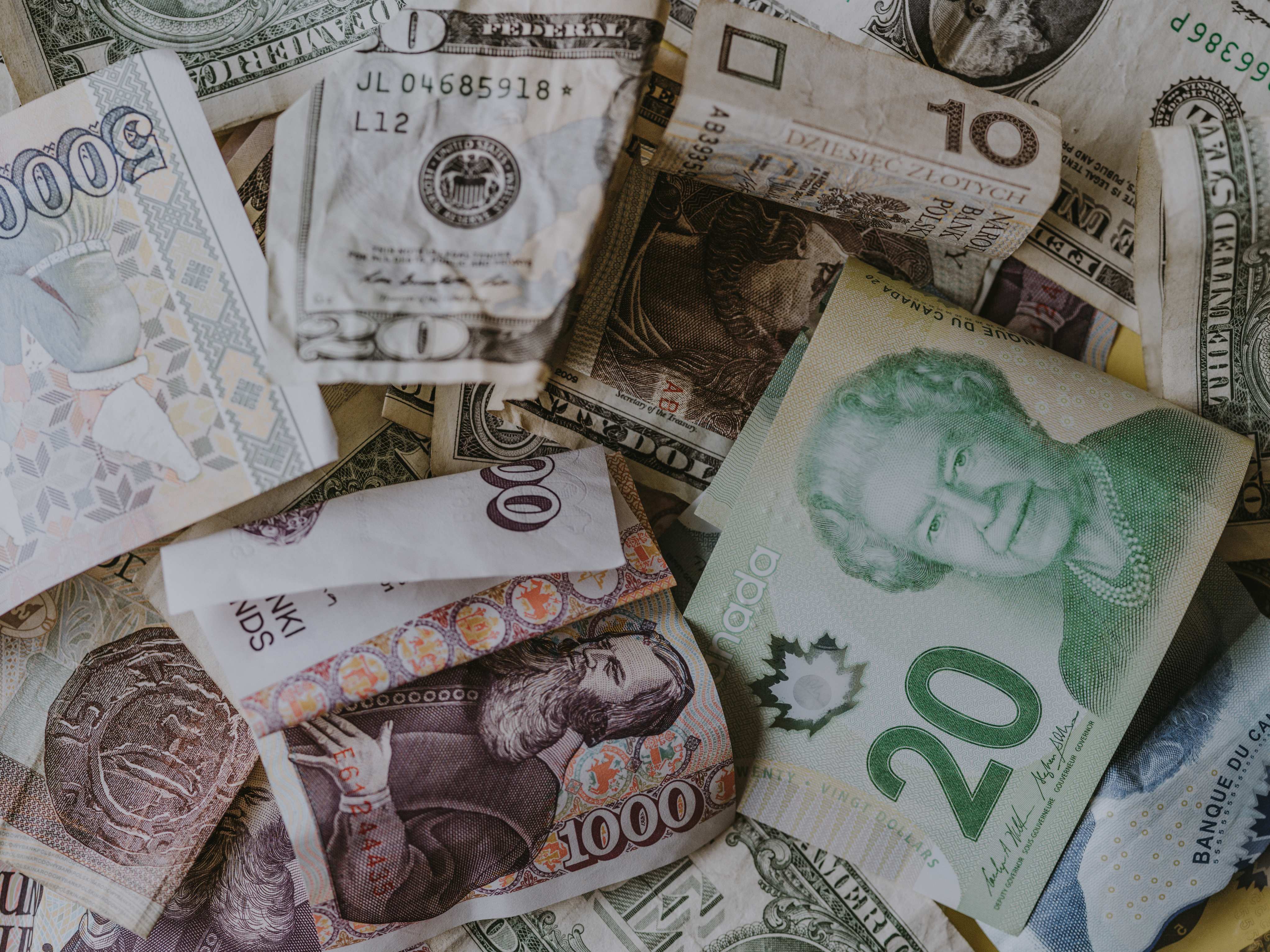 Despite being a member of the European Union, Hungary still uses its own currency, Forint, written as Ft or HUF, and Budapest is considered to be one of Europe’s most cost-effective destinations because of this. Hungary is due to join the Eurozone (use Euro currency) sometime this year, and in the years prior to that, the Forint has decreased or steadied in value in order to attract companies and businesses to open in Hungary.

A mean at an inexpensive restaurant, for instance , costs the equivalent of about 6 Euros, and a 3-course meal for 2 people at a mid-range restaurant can cost about 33 Euros. Be prepared to shell out 1.35 Euros for a regular cappuccino, 1.50 Euros for domestic beer, and 1.80 for imported beer.

Walking around Budapest is very convenient, but if you must take public transportation, the cost is very reasonable as well. A one-way ticket from Budapest’s local transportation will cost about 1.05 EUR (monthly pass costs EUR 28.00), cabs start at EUR 2.06 with 0.88 EUR for every 1 kilometre on normal tariff. (source: Numbeo)

Those who are looking for places to stay in Budapest won’t have any problems as rental apartments range from 27.00 – 77.00 Euros per night.

If you’re looking for various places in Europe to hold your event, you may want to read our article ‘5 Reasons to Have Your Corporate Event in Prague’. 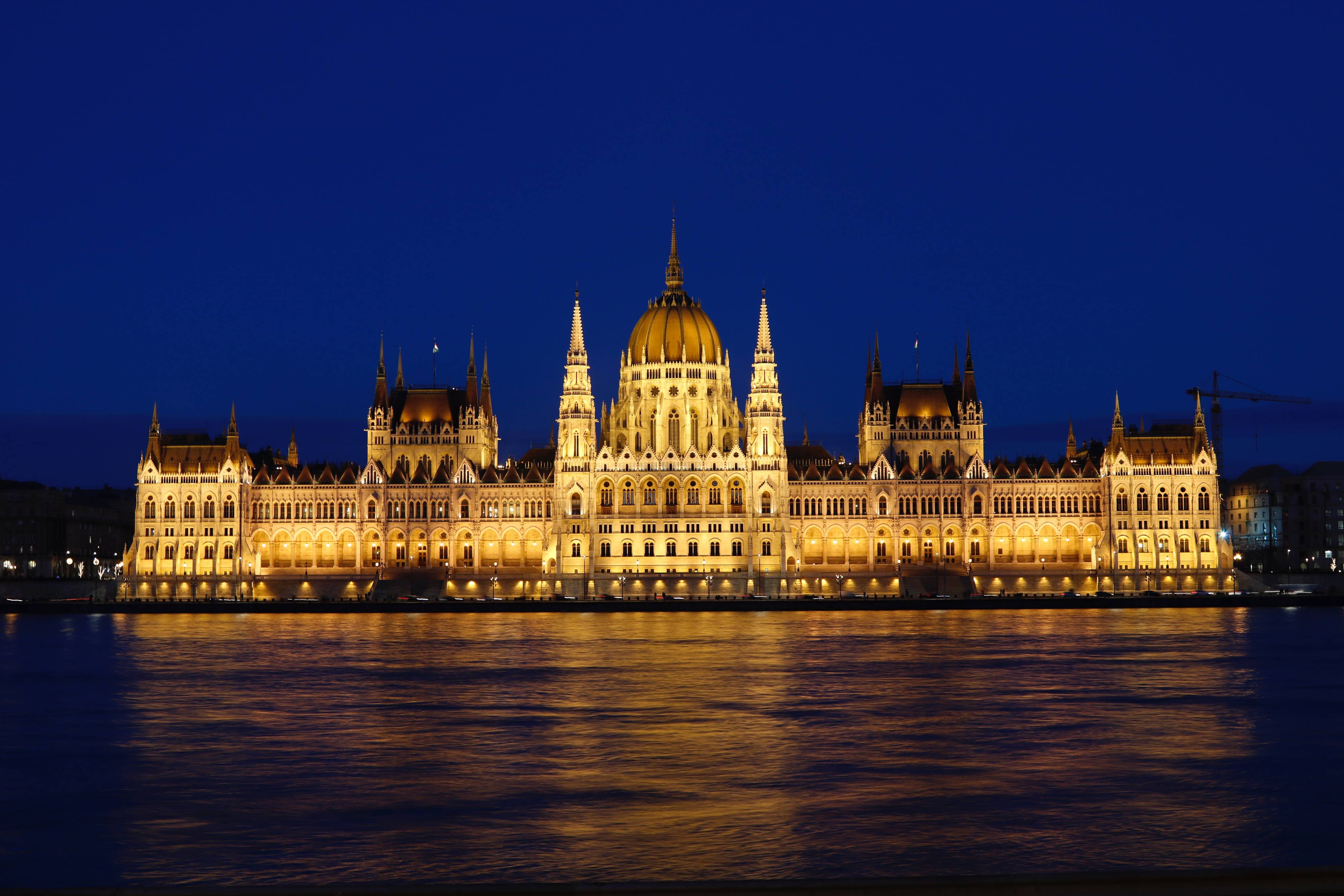 Being a wonderful and scenic city, Budapest is host to many events and festivals throughout the year. An upcoming festival, and one of the most awaited in the year, is the nearly 4-week Budapest Spring Festival from the 3rd of April to the 20th of April. This month-long cultural festival is celebrated at around 40 different Budapest venues. The festival includes orchestra concerts, ballet, jazz, opera performances, and many free exhibitions and events. It is one of Europe’s largest cultural festivals that feature many international artists.

Visitors will also delight in the Spring Festival’s Spring and Easter Market which features many booths and kiosks selling local crafts, food and produce along with live music and performances.

Summer is also a festive and colourful season in Budapest. The city welcomes summer with the Danube Carnival, which was established over two decades ago. This 10-day carnival celebrates Hungary’s rich history and folklore with traditional and modern dance, galas and concerts held throughout Budapest. This is topped off with a parade that usually starts from the Danube Promenade all the way to Vorosmarty Square, with participants dressed in bright costumes, and performers showing off their stunts and acrobatic skills.

The city celebrates a festival every month (click here for the complete line-up of festivals throughout the year), and this will no doubt add excitement to your event in Budapest. 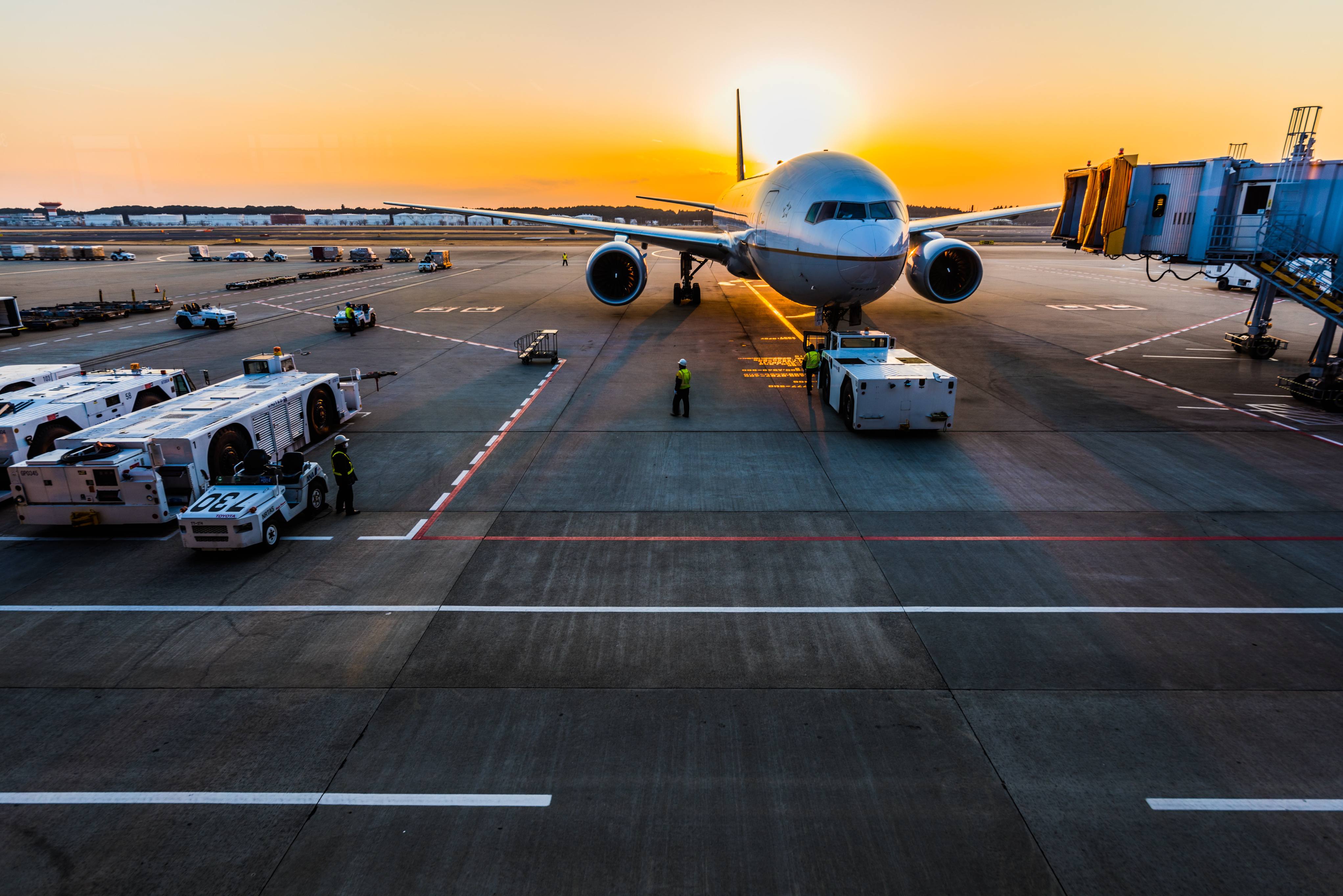 Located 16 kilometres southeast of Budapest’s centre, Ferihegy handled about 16.2 million passengers in 2019. The airport acts as headquarters and primary hub for Wizz Air and as base for Ryanair.

If you have international delegates and attendees for your event in Budapest, it is convenient to fly into the city. Ferihegy Airport offers intentaional connections within Europe, Africa, North American and the Middle East.

Here at Akommo, we love discovering cities to hold corporate events at. Do check our article why you should have your event in Lisbon. 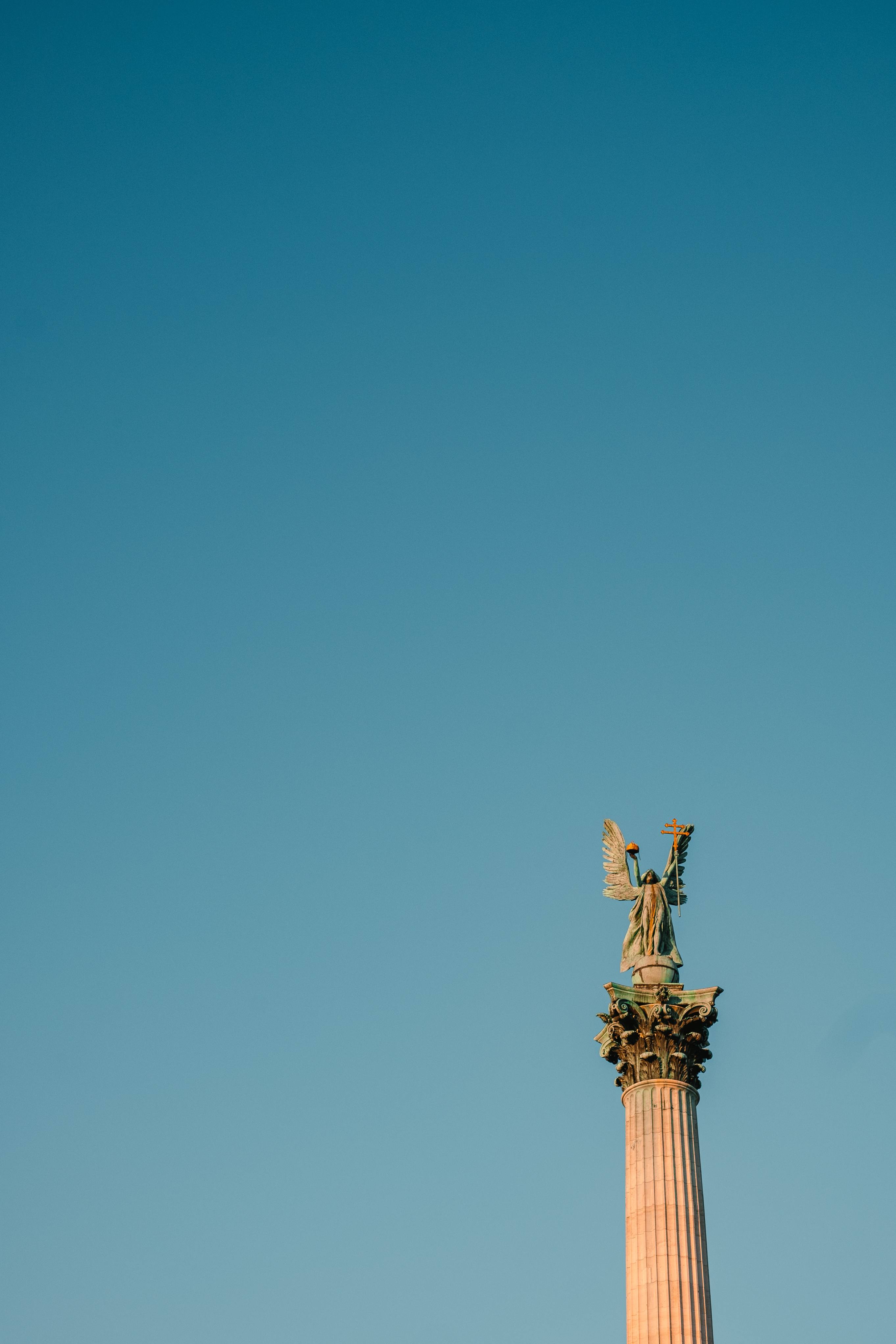 Budapest has a history that is as interesting and as colourful as its views and scenes today. Officially created in November of 1873, the city of Budapest was a product of a merger of three neighbouring cities – Pest, Buda, and Obuda.

Budapest’s origins go way back in the 1st century BC, with its first recorded town built by the Celts. Throughout the Middle Ages, Renaissance, 18th and 19th Century, the city witnessed many successes, defeats, and battles raged in its grounds.

What’s amazing is that its history is reflected in the current stunning architecture. The most famous Szechenyi Chain bridge, for instance, was a product of the 19th century Reform movement led by Count Szehenyi. This is just one of the few architectural reflections of Budapest’s rich history that both its residents and visitors get to enjoy today. 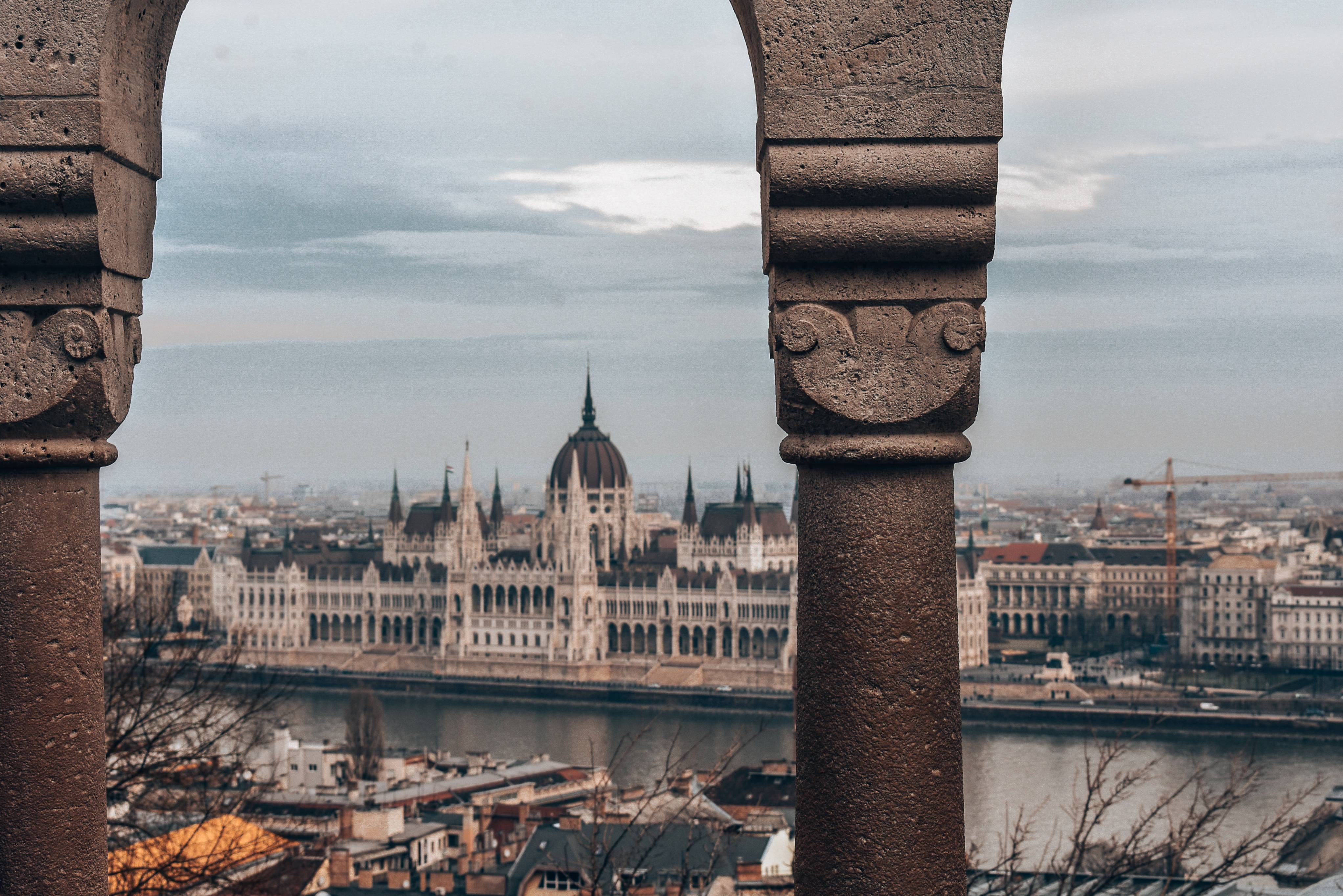 Architecture enthusiasts will surely delight in Budapest, as it is considered by many to be a living museum of some of the most prominent eras and styles of architectural history in Europe.

As mentioned above, the history of Budapest is reflected beautifully in its buildings and architecture, and the city is abundant in buildings of various styles, with some of the oldest dating back to the 13th century.

The beauty of enjoying Budapest’s rich architecture is that you don’t even need to travel far and wide into the city. If you wish to see medieval architecture, Budpaest’s Castle Hill is a UNESCO World Heritage site and showcases historic buildings dating back to the 14th and 15th century.

The Szechenyi Bridge, which now stands as the most recognised work of Budapest architecture, was build by Count Istan Szechenyi in the 18th century. It was heavily destroyed during World War II and was rebuilt, and reopened in 1949.

Of course, Budapest’s most-famous thermal baths are also a must-visit, not just for the bathing experience but to marvel at its Art Nouveau architecture (Gellert Baths).

Budapest’s Parliament Building, set on the Pest side of the city, showcases Neo-Gothic architecture with Baroque and Renaissance influences. As it is set on the banks of the river Danube, one of the best ways to enjoy this building is to hop on a rivercruise.

Hosting a large corporate event this year? Let our guide to Top 5 European Venues for Large Audiences guide you!