6 Overlooked Cities That Are Great For Corporate Events 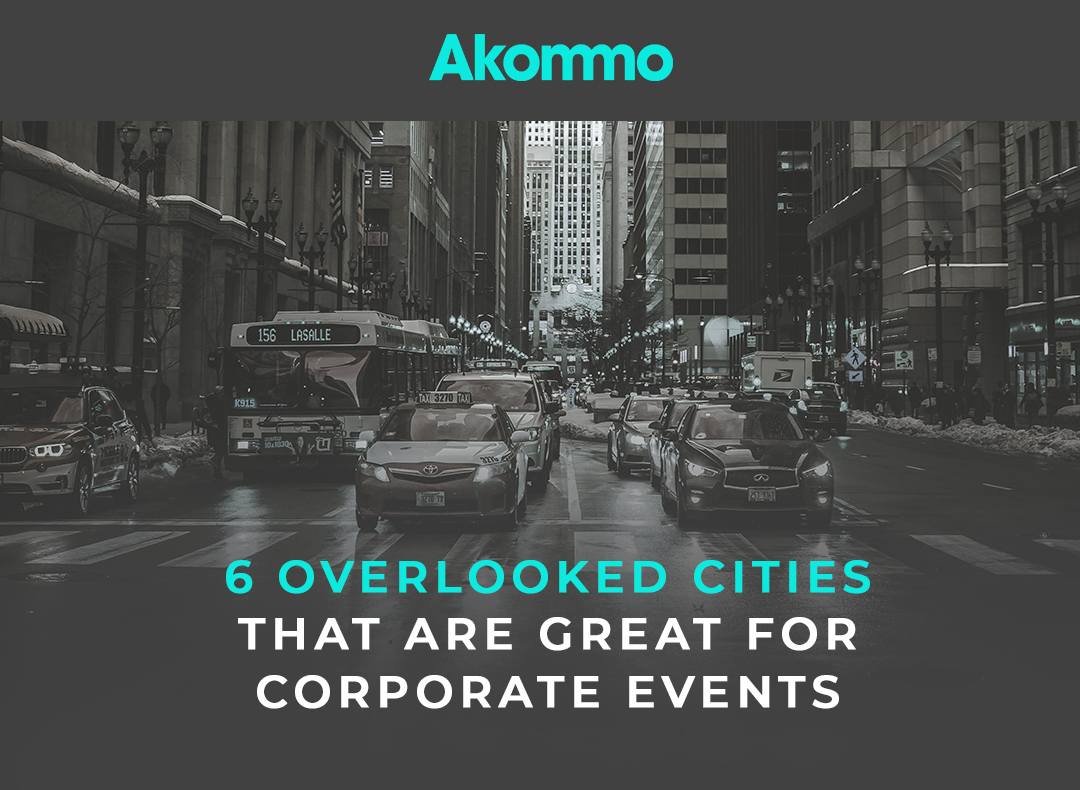 Company owners know that people are your most important asset. The state of your employees will ultimately determine the success or failure of your company. Corporate events, therefore, are crucial as they are proven to boost company morale. In addition, holding corporate events establishes your brand name and identity. If you are looking for a unique European venue for your event, here’s our list of cities that we think are overlooked but are perfect for corporate events. 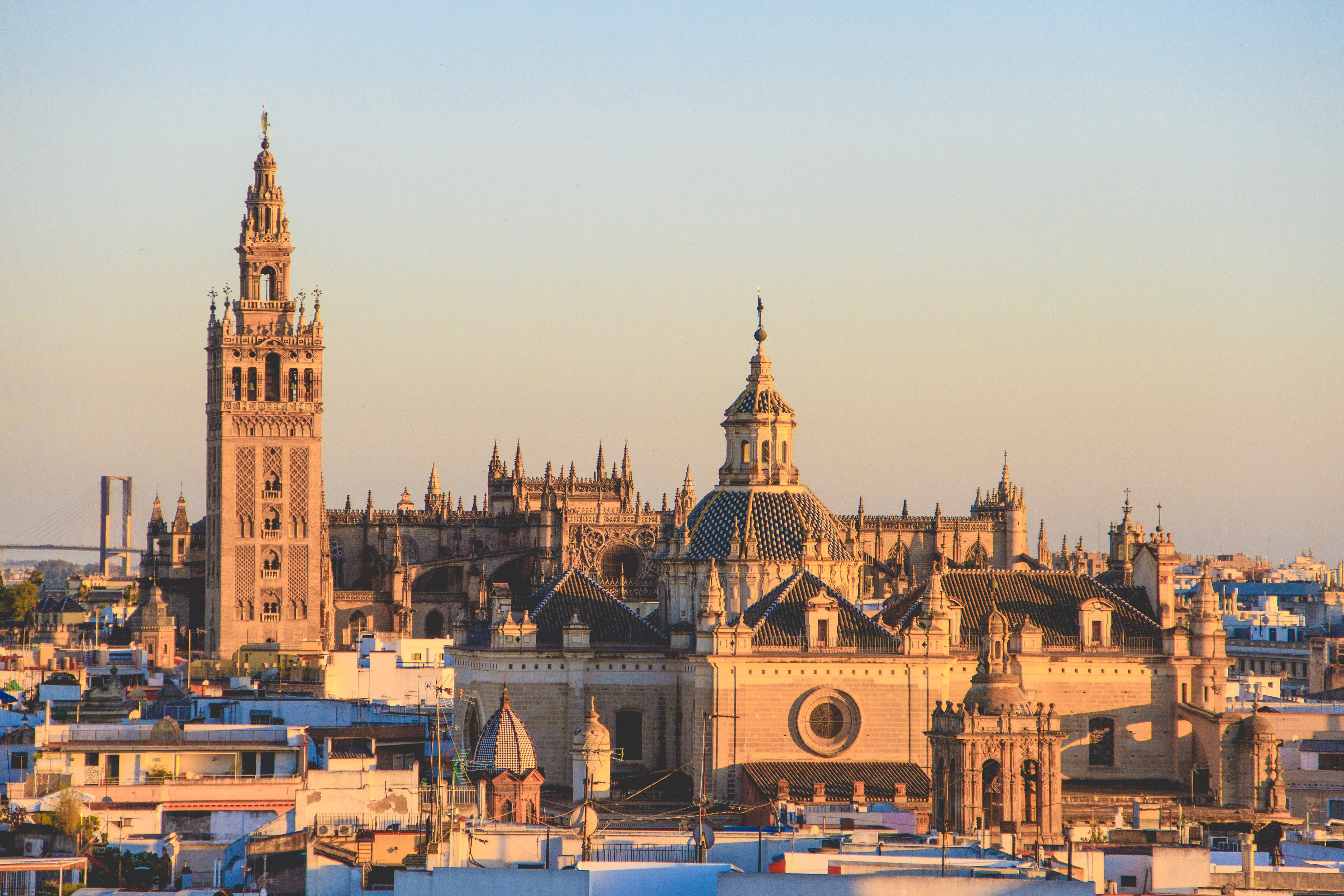 Perhaps it is Seville’s combination of pleasant year-round weather, stunning architecture, and Flamenco that draws an average of 2 million visitors per year to this Spanish city. If you choose Seville as your European venue for your corporate event, it’s easy to imagine that you won’t have a hard time enticing delegates and attendees to attend. Seville was listed by Travel + Leisure as third in their list of 15 most visited cities in Europe.

Seville was the capital of Muslim Spain in the 12th century and its rich history. Can be seen in its architecture which can be best described as a stunning mix of Gothic, Baroque, Renaissance and Mudejar. For International delegates and attendees of your corporate event, Seville is easily accessible. It has its own International Airport, San Pablo Airport (more commonly known as Seville Airport), which handles around 6 million passengers a year.

But Seville is not just a pretty city. Perhaps the best reason of all why you should consider Seville as a European venue: It is quite affordable. Seville’s cost of living is relatively lower compared to Barcelona and Madrid. This is a win-win situation for both event organisers and attendees. 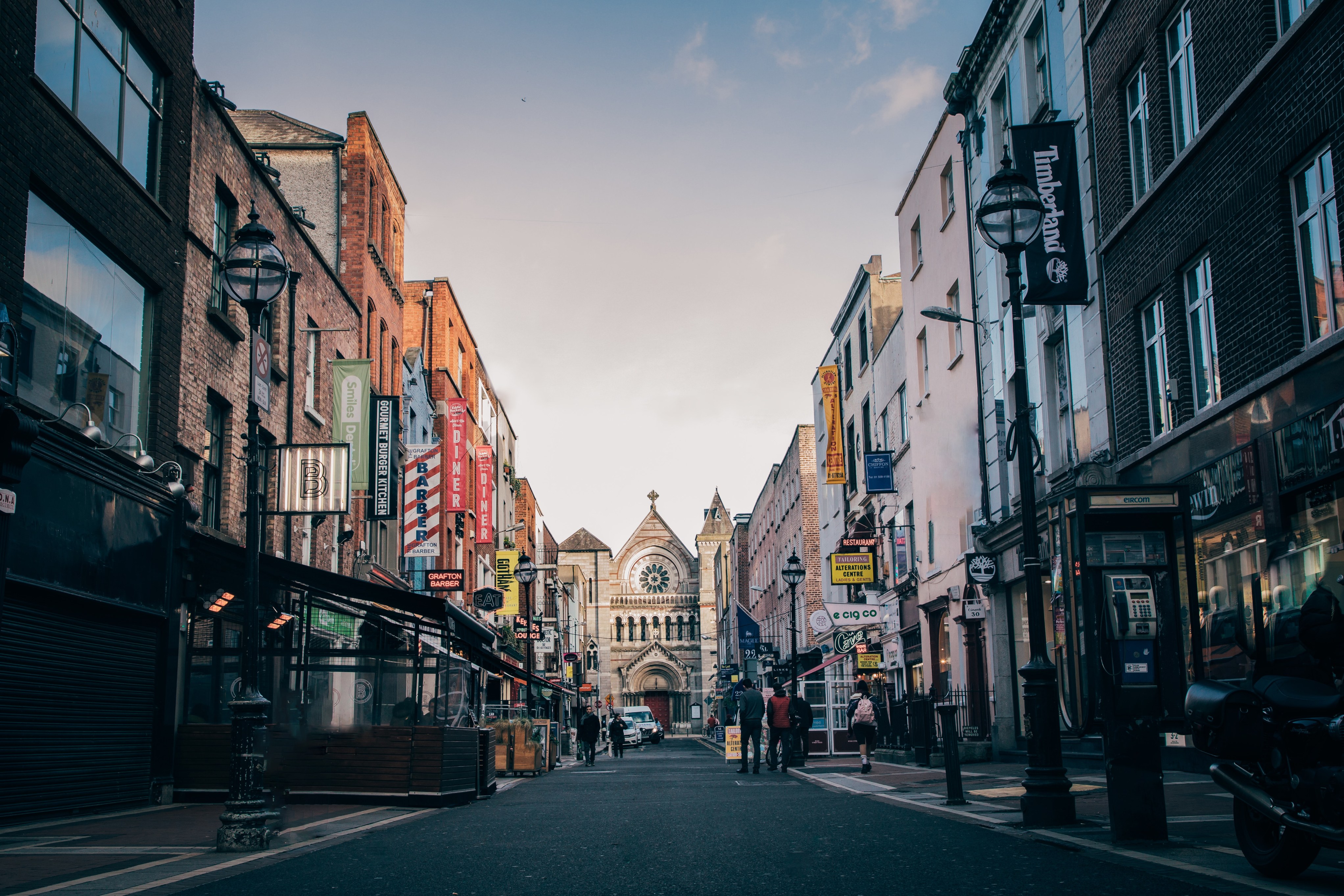 If you’re looking for a European venue with quite a contrast, you should consider Dublin. The Irish capital was founded in the year 841, making it one of Europe’s oldest cities. And while it is an ‘old’ city, Dublin is currently recognised as a technology hub and financial centre of Europe. Dublin is home to Silicon Docks, an area around the Grand Canal Dock with a high concentration of tech companies such as Facebook, Google, Twitter, LinkedIn, and TripAdvisor, to name just a few.

Dublin’s accessibility is also another factor why it is popular among business and corporate travellers. The Dublin Airport has over 60 airlines flying from close to 175 destinations around the world. The airport is also close to Dublin city itself, just 7 kilometres north.

Dublin is also a compact and relatively small city, with an area of 115 square kilometres (population of 1.3 million), and this makes it easy for visitors to explore and transport themselves, with the DART (Dublin Area Rail Transport), Luas and Dublin Bus serving as convenient transport systems around the city.

Dublin also has one of the best selections of venues in Europe. They have the Convention Centre Dublin, which can host events with up to 5,500 guests, and they also have the Aviva Stadium which can cater events from 10 to over 1,000 guests. And there’s also the world-famous Guinness Storehouse, which serves both as a tourist attraction and also as an event venue.

If you’re on the hunt for European venues, you must have a read of our article listing the Top 5 European Venues for Large Audiences. And if you’re looking for a destination that’s more unique, you will find our article about 6 Secret Spots in Budapest quite helpful 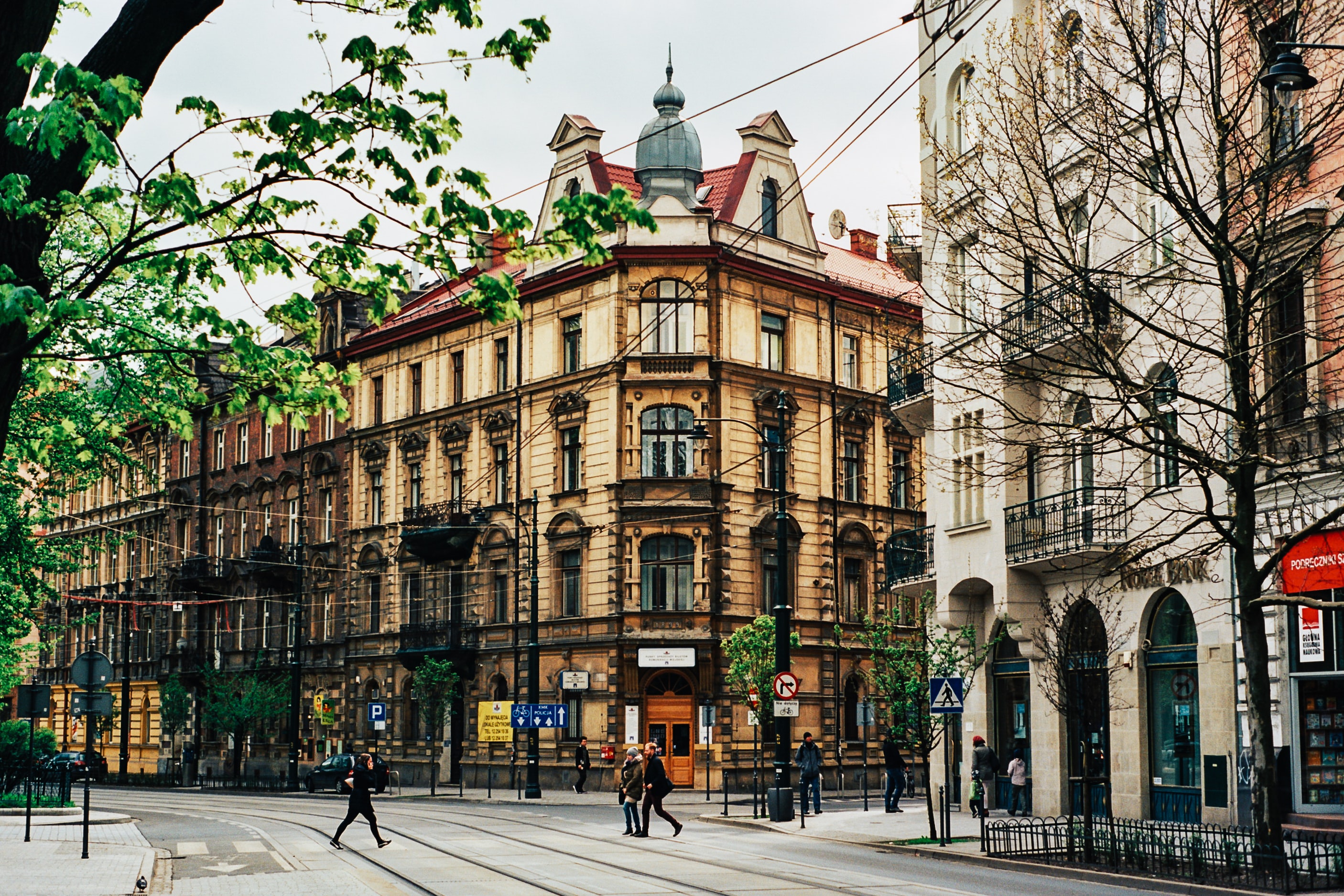 Krakow has been named by CNN Travel as one of the most beautiful places in Poland, yet it remains to be one of Europe’s most overlooked cities.

Krakow is located in Poland’s south region, near the border of the Czech Republic. The population in Krakow is quite young. It is a bustling ‘student city’ with the largest number of students in Poland. Currently, out of the 700,000 residents of Krakow, 200,000 are students. This young population is also the reason why Krakow has a very lively café and food scene.

The contrast of Krakow’s young population set against its well-preserved medieval architecture and history makes it a very interesting venue for your event.

Krakow’s Old Town, the historic central district, is a popular area dating back to the 13th century and is one of the landmarks of the city. It is also unique that it has a combination of traditional and modern cafes and restaurants along with shopping areas that consists of both local / traditional souvenirs and modern brands.

Krakow’s John Paul II International Airport (IATA code: KRK) is located 11 kilometres west of the city and is the second busiest airport in Poland. If you or your delegates are flying to Krakow, it is quite important to note which airport you will arrive in. Krakow has a second airport, Katowice (IATA code: KTW) which is 95 kilometres from the main airport. Some low-cost carriers claim they land in Krakow but actually use Katowice, so this is something to bear in mind.

With over 75 International conferences lined up for the year 2020-2021, it is clear that Krakow is gaining popularity as a European venue. 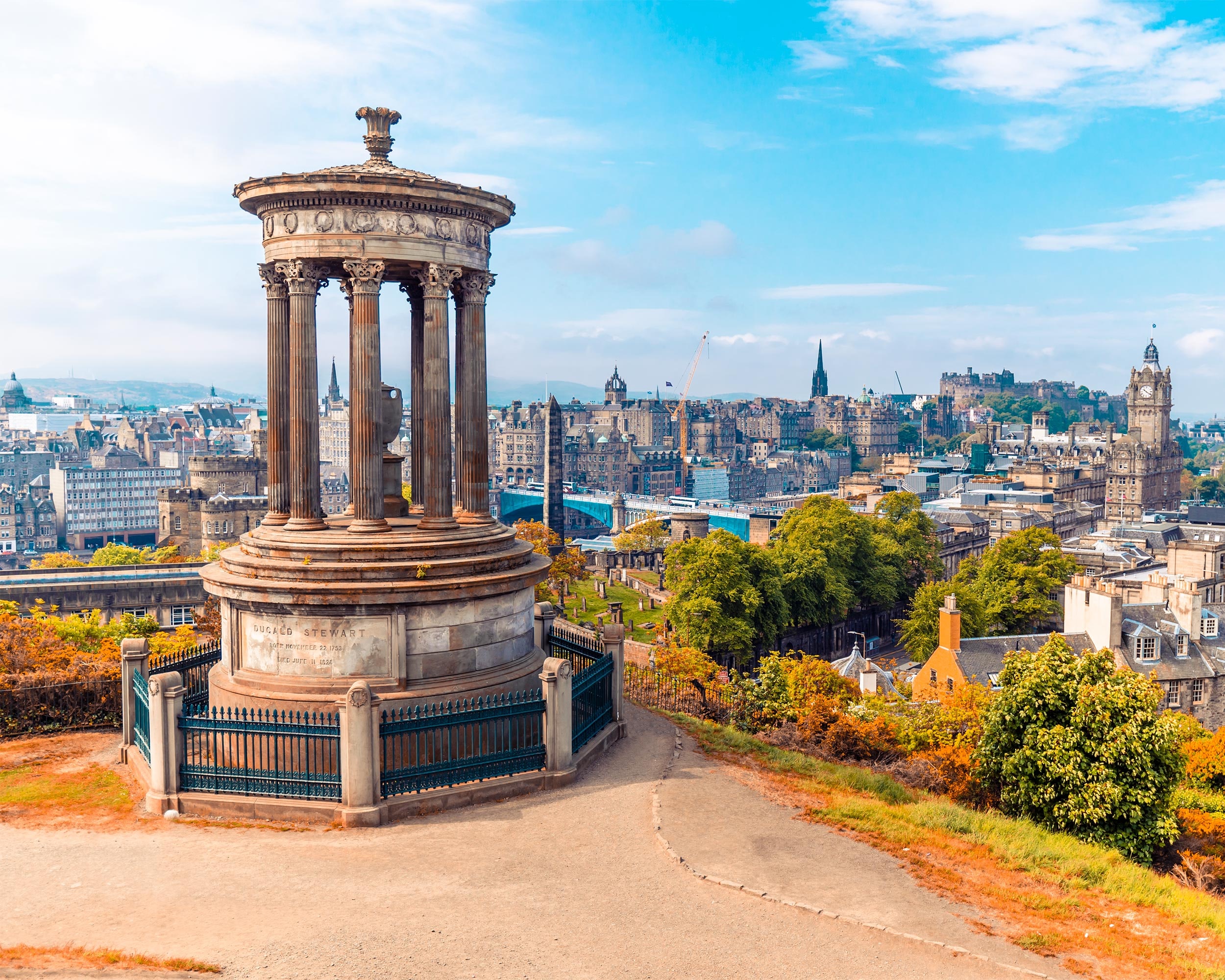 Here’s something interesting about Edinburgh: Scotland’s hilly capital is built on an extinct volcano, but there is nothing extinct about Edinburgh’s current industries.

Outside of London, Edinburgh is the United Kingdom’s largest financial services centre. With its wide range of international headquarters for financial institutions and other industries, Edinburgh is very business-led. Some banks that have chosen to be headquartered in Edinburgh are Royal Bank of Scotland Group, Standard Life and Scottish Windows. In the Multinational sector, JP Morgan Chase and HSBC and BlackRock are just a few companies that have made Edinburgh their European headquarters.

Coupled with it being an up-and-coming European destination for travellers ( Forbes has named Edinburgh one of their top destinations for 2020), and with it being a global financial centre, Edinburgh is ready to accommodate more visitors. There are currently over 14,300 rooms and 20,000 beds around Edinburgh so all event delegates and attendees will surely be able to find the perfect accommodation fit.

It’s not all serious business in Edinburgh though. It is also a very festive city (their festivals alone attract over 4 million in the city yearly), and with 12 main festivals celebrated throughout the year, event attendees can very well mix business with festivals and leisure, hitting two agendas in one trip.

Here at Akommo, we’re all about discovering underrated and overlooked destinations for corporate events. Have a read and see why we encourage you to have your event in Lisbon, and also why we think your next event should be in Seville. 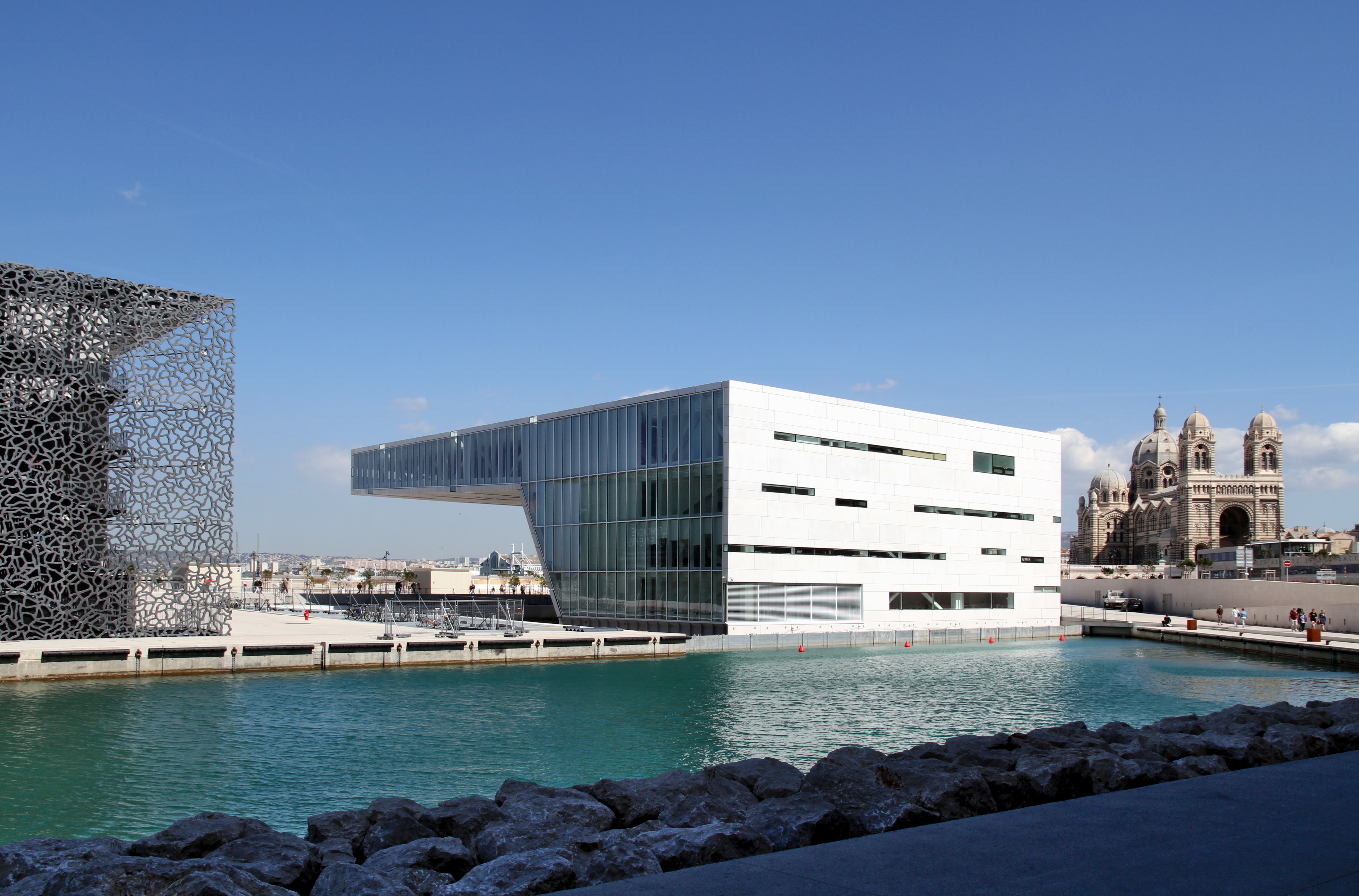 If you want a European venue that combines its natural landscapes, culture, modernity and unique vibe, Marseille may be what you are looking for. Founded over 2,600 years ago, Marseille is France’s oldest city, and also the second largest. It is a port city in the south of France and this makes it a popular stop for cruise liners.

This, along with Marseille having an average of 300 days of sunshine per year makes it a popular choice of destination in France ( over 4 million tourists annually). Marseille has a coastline that spans over 50 kilometres, and water sports such as diving, snorkelling, jet-skiing and many more are popular activities in this city. Attendees and delegates will enjoy conferences and work events in natural settings, with many companies opting to engage in water sports as their team-building activity.

In terms of accommodation and venue, Marseille has close to 400 hotels and accommodation, most of them offering their own event venue. On top of this, Marseille has more than 10 special event venues, the largest of which is the Stade Velodrome, which can hold a concert for 60,000 people. For smaller companies, Marseille also has Club du Vieux Port, which has 5 meeting rooms that can accommodate up to 80 people.

Europe has many other cities that are perfect for hosting corporate events. Read our article where we list our top city picks in 2020 to host an event. 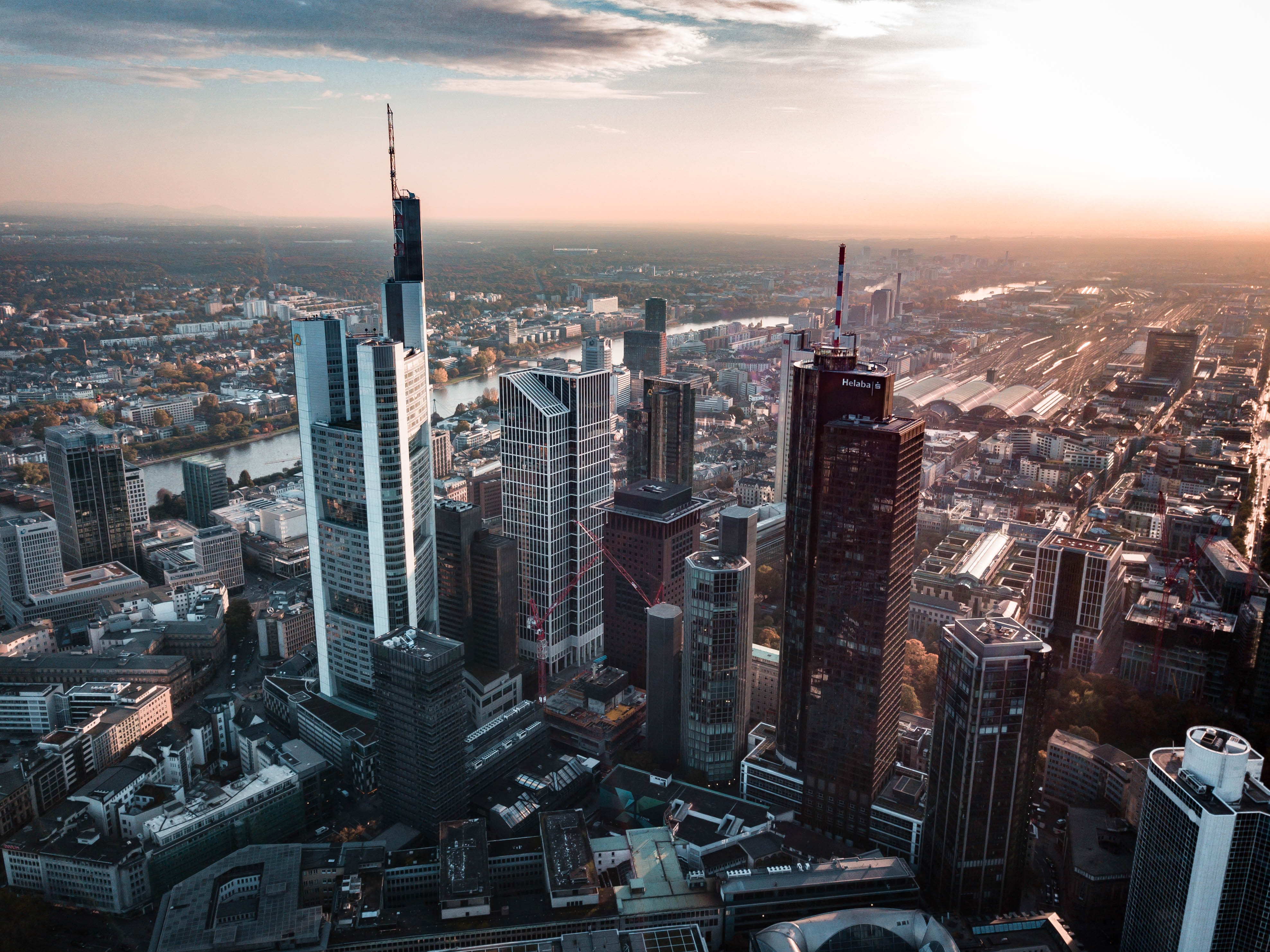 With a population of over 746,000, Frankfurt is Germany’s fifth largest city and is the business and financial centre of Germany. During the day, Frankfurt’s population almost doubles as hundreds of thousands of employees are brought in by commuter trains.

Frankfurt is one of those cities that has two interesting sides to it. While it is Germany’s financial capital, and is home to almost all of Germany’s skyscrapers, it also has the largest inner-city forest in Germany.

Frankfurt is known for its festivals and trade fairs, the most popular of which is the Frankfurt Book Fair, held every October, attracting over 7,000 exhibitors. Due to Frankfurt being a business hub, it is not at all lacking in major hotel chains such as The Westin Grand Frankfurt, Sofitel Frankfurt Opera, and Jumeirah Frankfurt among many others.

If you have international attendees and delegates for your event, flying in to Frankfurt is extremely convenient. Frankfurt Airport is the world’s 15th busiest airport, and offers more direct routes than any other airport in the world.

Are you planning your event this year? Do reach out to us at [email protected] so we can get started helping you plan your event!